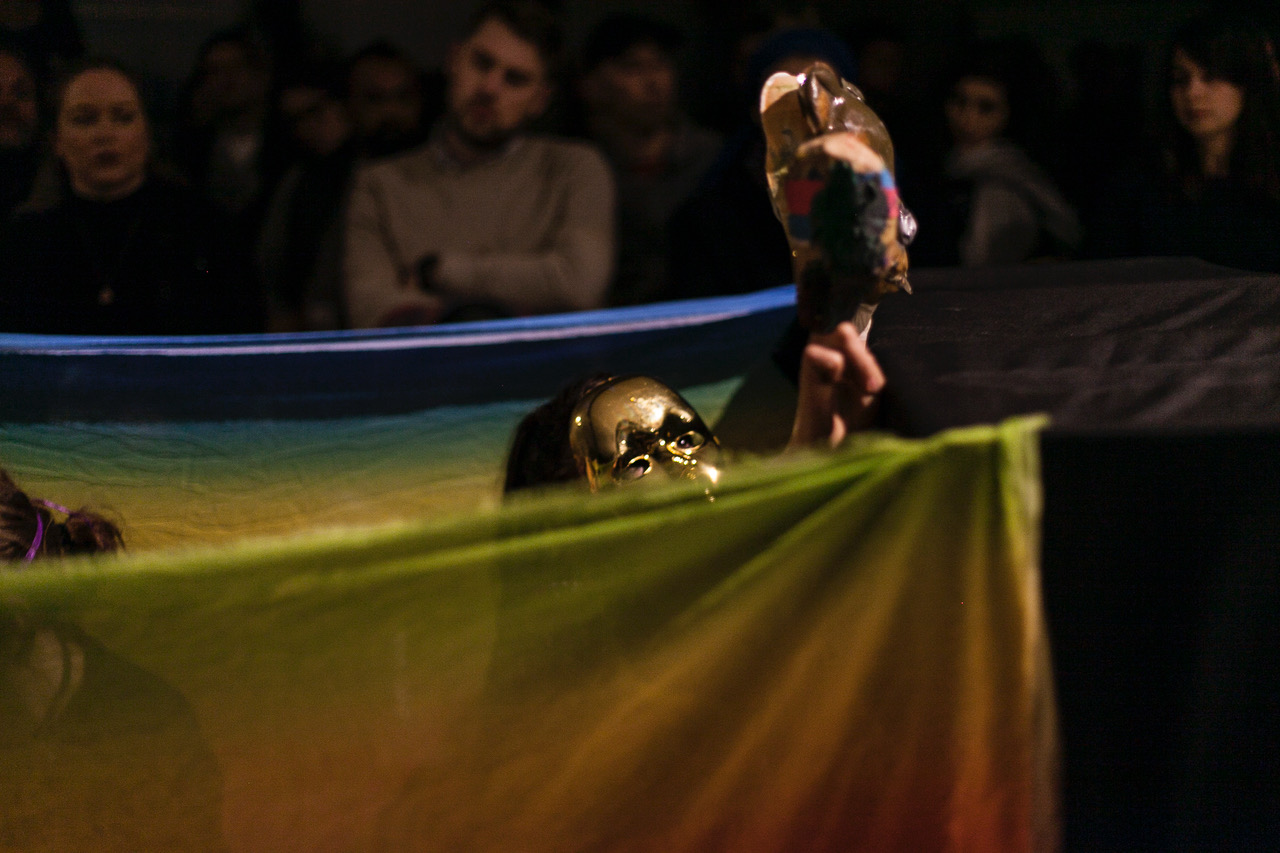 As part of SAVVY Contemporary’s Speaking Feminisms series, which attempts to reflect on how feminist intersectional politics can be mobilised to challenge the structural violence perpetrated by capitalist and western ideology, Tracey Rose presents a puppet play titled “Muschis mit Schwänzen”. The script is an edited version of the comment section of video interview with Chimamanda Ngozi Adichie in which the Nigerian writer responds to the question, “What is Feminism?”

Tracey Rose belongs to a generation of artists charged with reinventing the artistic gesture in post-Apartheid South Africa. Within this fold, she has defined a provocative visual world whose complexities reflect those of the task at hand. Refusing to simplify reality for the sake of clarity, the artist creates rich characters that inhabit worlds as interrelated as the many facets of a human personality. Her reference to theatre and the carnival tradition also places her work in the realm of satire. As such, it has consistently questioned and challenged the prevalent aesthetics of international contemporary art, the emergence of a dominant cultural narrative of struggle and reconciliation in South Africa and also post-colonial, racial and feminist issues in the wider world. Working with performance, often for the camera, Tracey Rose places her body at the centre of her practice. She inhabits the roles given to Africans, to African women, and to women in a male dominated world, swallowing stereotypes whole.