The exhibition was conceived by the Cuban curator Magda Gonzáles-Mora and Beate Eckstein from the ifa gallery Bonn and has already been presented there and in the ifa gallery in Stuttgart. Magda Gonzáles-Mora is the curator of the Havana Biennial, an important event in the international ad world, and a cultural agent between Europe, Africa and America. The title of the exhibition “No Place” an the one hand refers to the homonymous video trilogy from Luis Gómez , which deals with specific phenomena of cognition and communication. On the other hand the title refers to the double term “place” and “non-place”, which was coined by the French ethnologist Marc Augé in his work “ethnology of loneliness”. A “place” is characterized by identity, relation and history, a “non-place”, in contrast, does neither have identity, relation nor history. But both imply each other. The intimate “places” are in strong contrast with anonymous and uniform “non-places”.

Magda Gonzáles-Mora has developed a concept for the ifa exhibition series “nationality / identity” in close collaboration with the artists and the ifa gallery Bonn. This concept shows the ironical-critical debate about “Cuban identity”, which is dominated by sympathy and antipathy, and from “place” and “non-place”. Cuba offers many kinds of aspects for projections of different clichés, ranging from the “real-existing” social utopia to the tourism idyll, including the shady sides like immense economical problems, migration and prostitution. The five selected artistic positions reflect the ambivalence of life between utopia and reality, hope and disappointment, illusion and day to day hardship. But the exhibition also shows that the themes and problems the artists deal with have a global reference, a universal validity and topicality.

By the artistic intervention from Ernesto Leal (born 1971), the ifa gallery is transformed into a special territory, which the visitor is allowed to enter only with an accreditation card. In general, such passes elevate the holder to a privileged position. But Leal stigmatizes the visitor as a suspicious person, who got into this situation for no transparent reason. He says: “lm interested in provoking a situation of suspicion, which arises if single persons are described as socially dubious just because of their appearance, words or pedigree”.

Other works document peculiar “non-places”, e.g. an actually existent astronaut museum, which Leal confronts with everyday life in Cuba. Claim and reality form a diametrical contrast. Leal ironically carries this to the extremes with another video in which he handcrafts a little spaceship to let it circulate through his flat making noises.

The photography series “Marcas” (“signs”) by Manuel Piña (born 1958), which shows a desolate military territory in Cuba, gives a frightening dull impression, and without knowing what and where it is, the viewer feels the desertion of this place. As time progresses, the landscape turns out to be a place of silence and solitude.

Luis Gómez’ (born 1968) video “no place II” is the second part of the video trilogy, which deals with phenomena of cognition, of illusion and also of beauty. Luis Gómez recorded the full moon over Cuba during one night and then edited this tape to a length of two hours. The image of the moon is now reflecting from a projection area an the wall. Great and still it appears – again a ”non-place“, which is, according to the artist: ”at the same time a place of phantasy, of secret wishes and dreams. A place of wishfulness and utopia, which will never be reached but which enables survivalm”.

The work of Ouisqueya Henriquez (born 1966) arises from typical phenomena of a society of deficiency. lt consists in examining all existing objects for the possibility to transform them into something else that does not yet exist. Thus, she prepares ”useful“ and less useful objects like eggcups, a pincushion, umbrella stands, a vase of flowers or simply decorative objects full of irony and delight out of a multitude of different sports balls.

Completely different: Tania Bruguera (born 1868), who is among the most famous international artists of her generation, not only since her participation in the (d)OCUMENTA 11. Up to now, she works in her performances with her body in a relentless and dramatic way, as she shows in this exhibition a video in three parts, whose impressive, minimalist staging is a symbol for the existential orientation of the Cuban society under the actual political, economical and social conditions. The artist demands time from the visitors – a quick view is not sufficient. Only when the visitor comes to rest, the effect can develop. lt is one of the most intensive and insistent works she has created up to now. 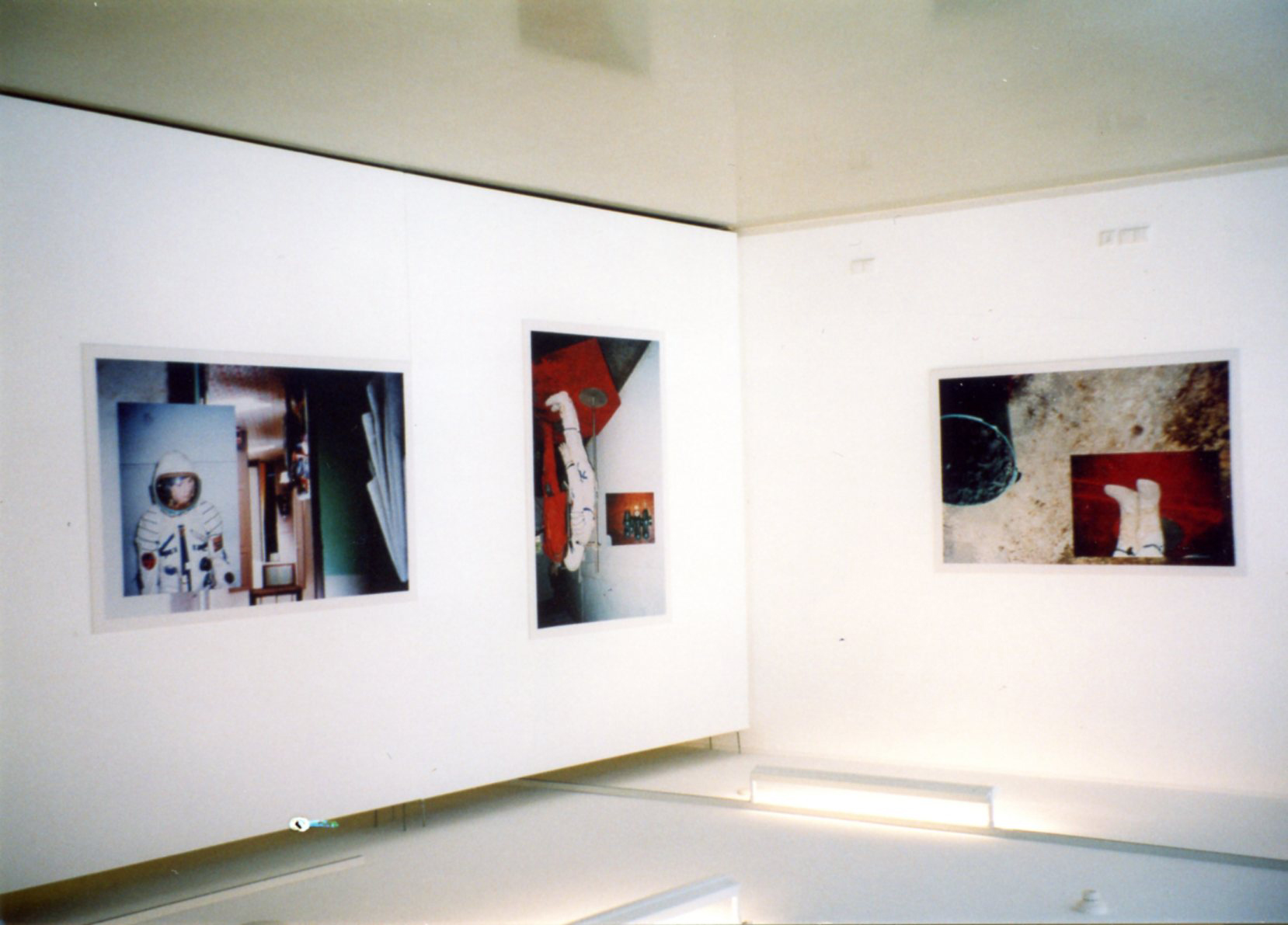 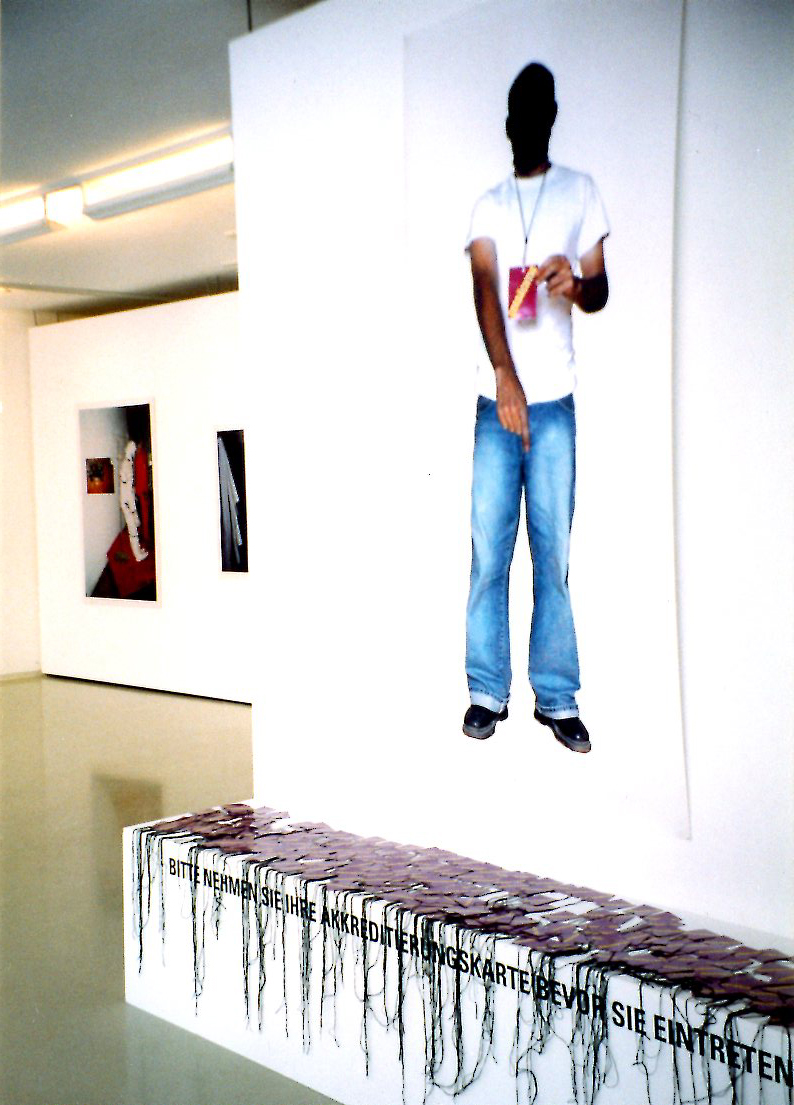 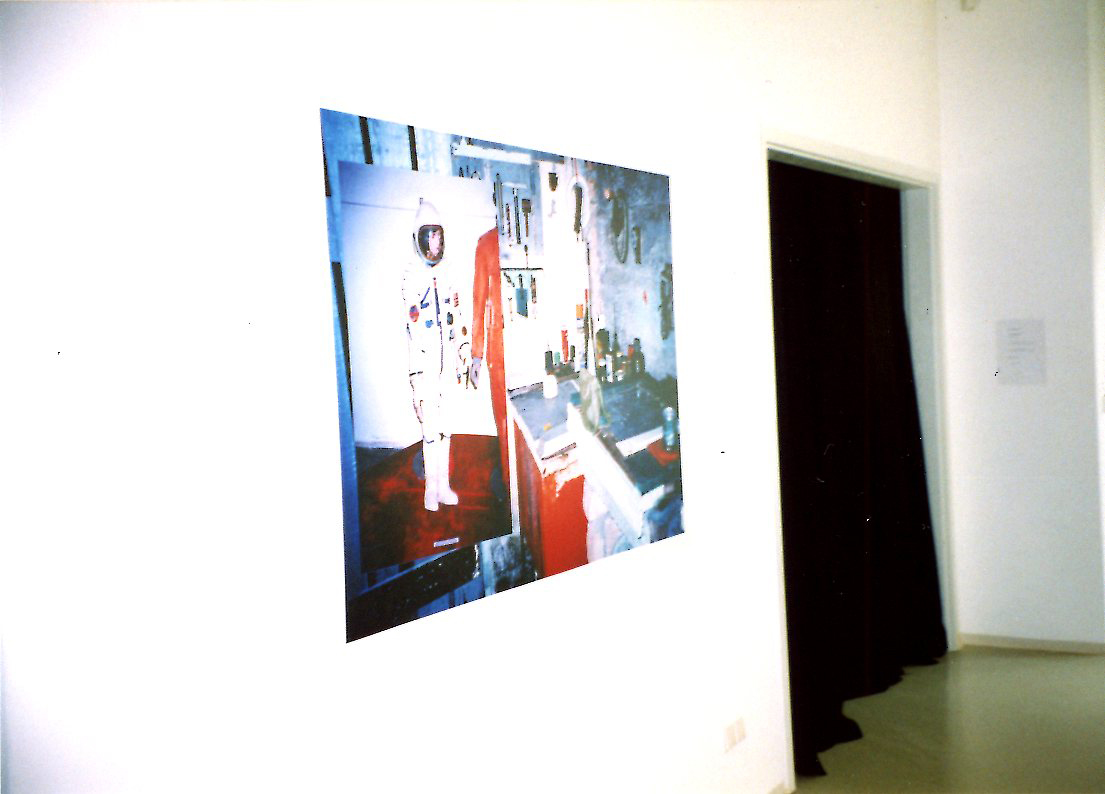 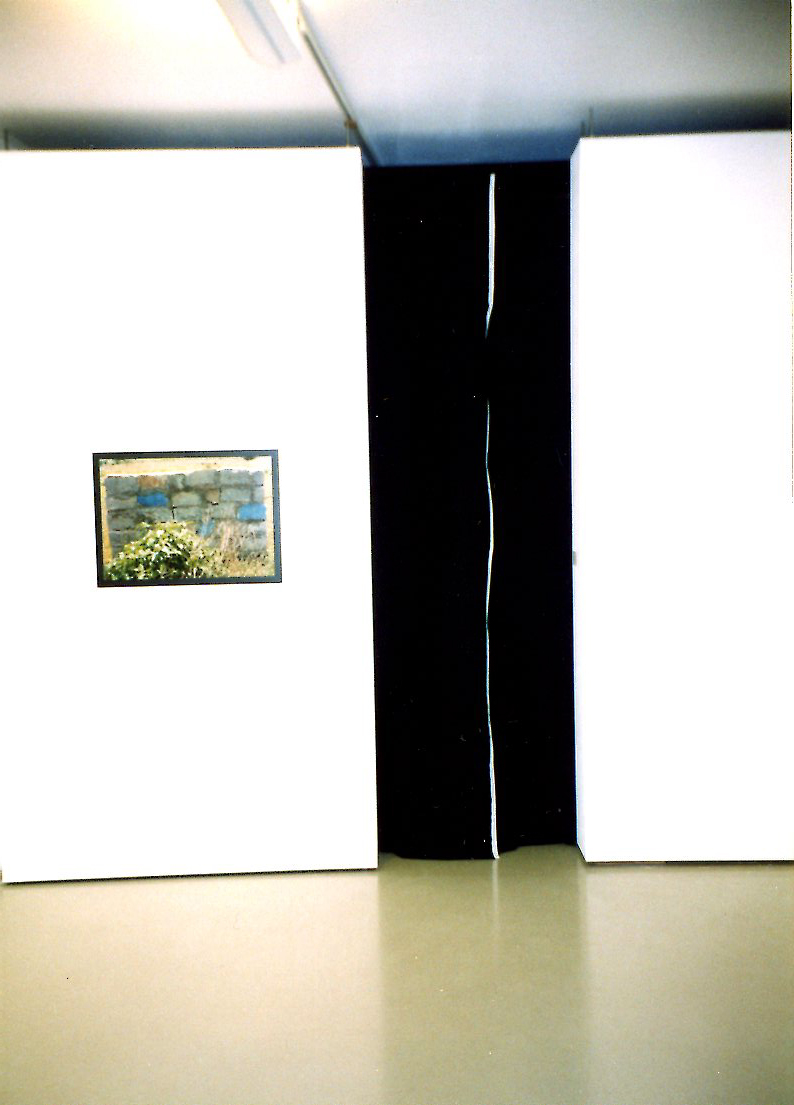 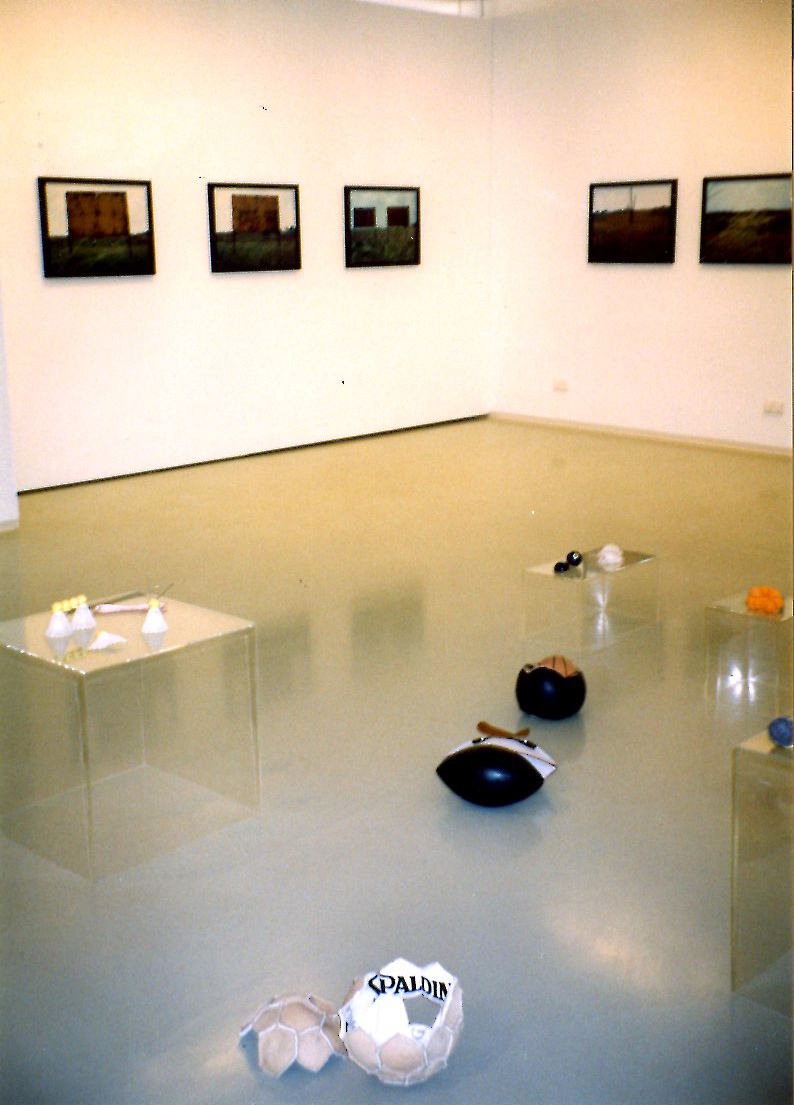 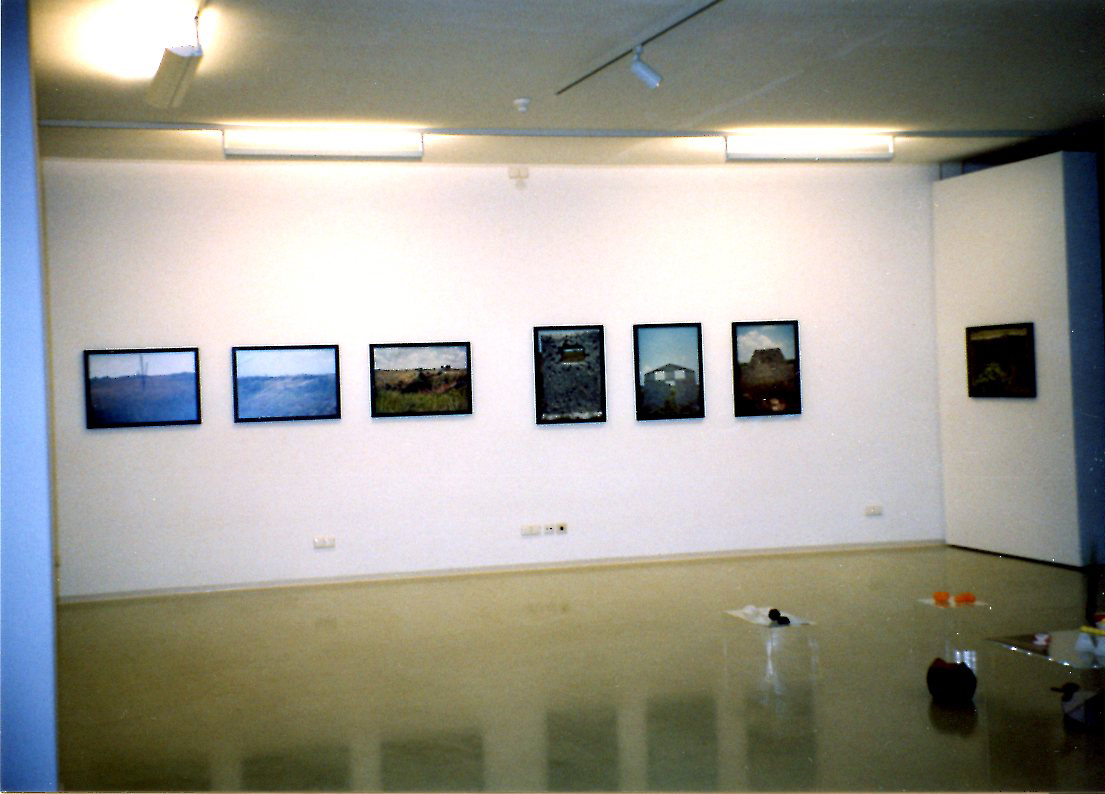 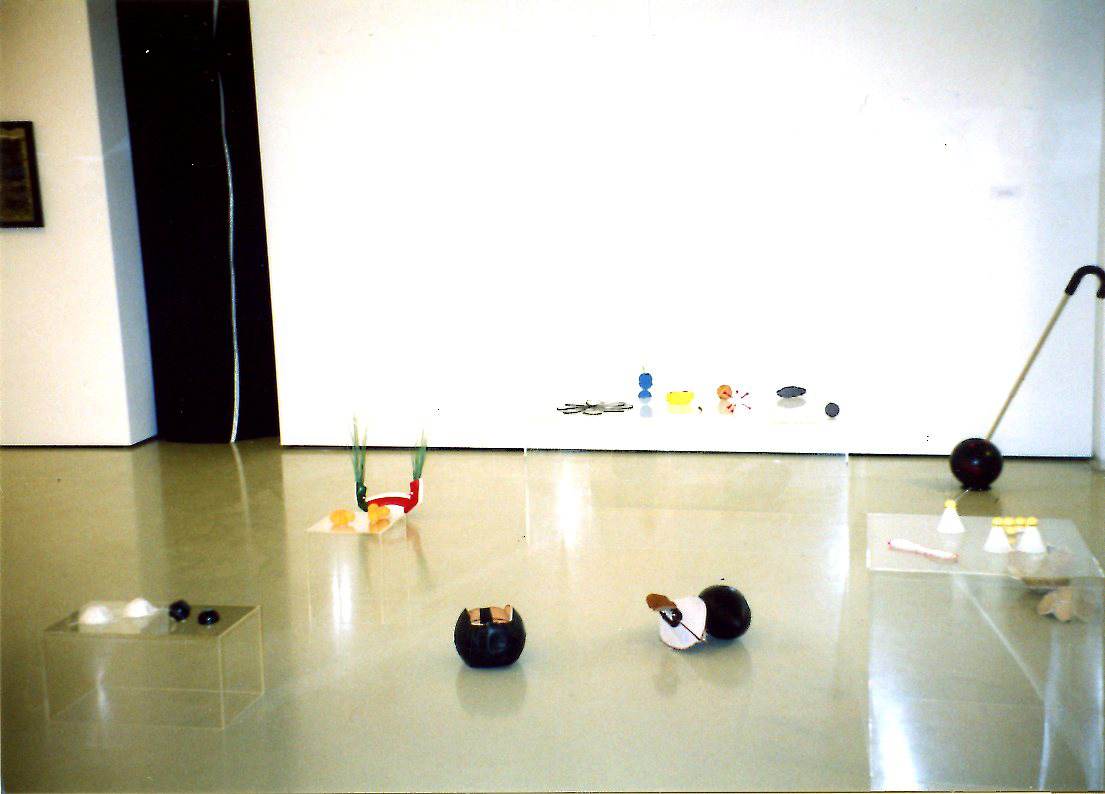 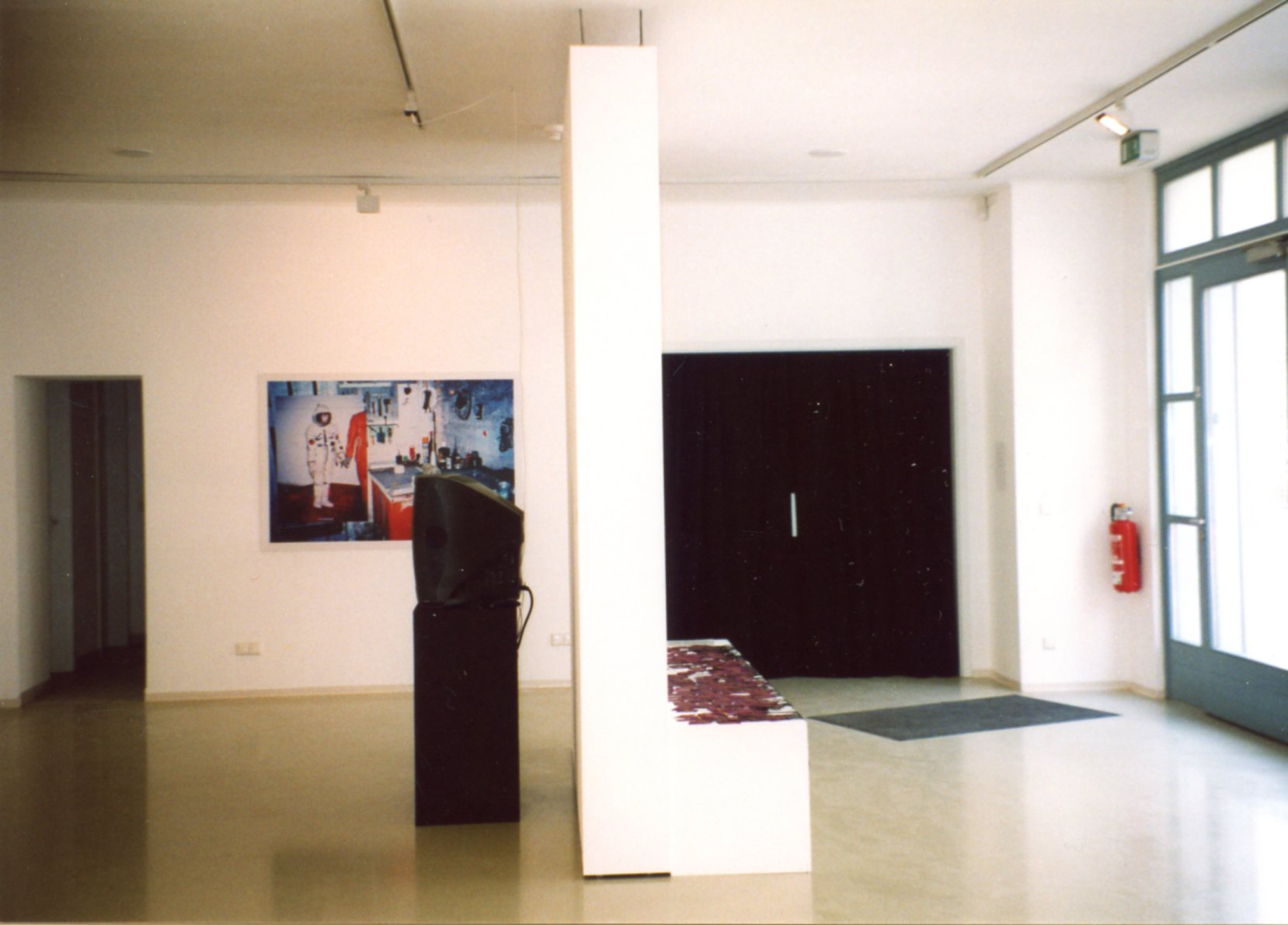 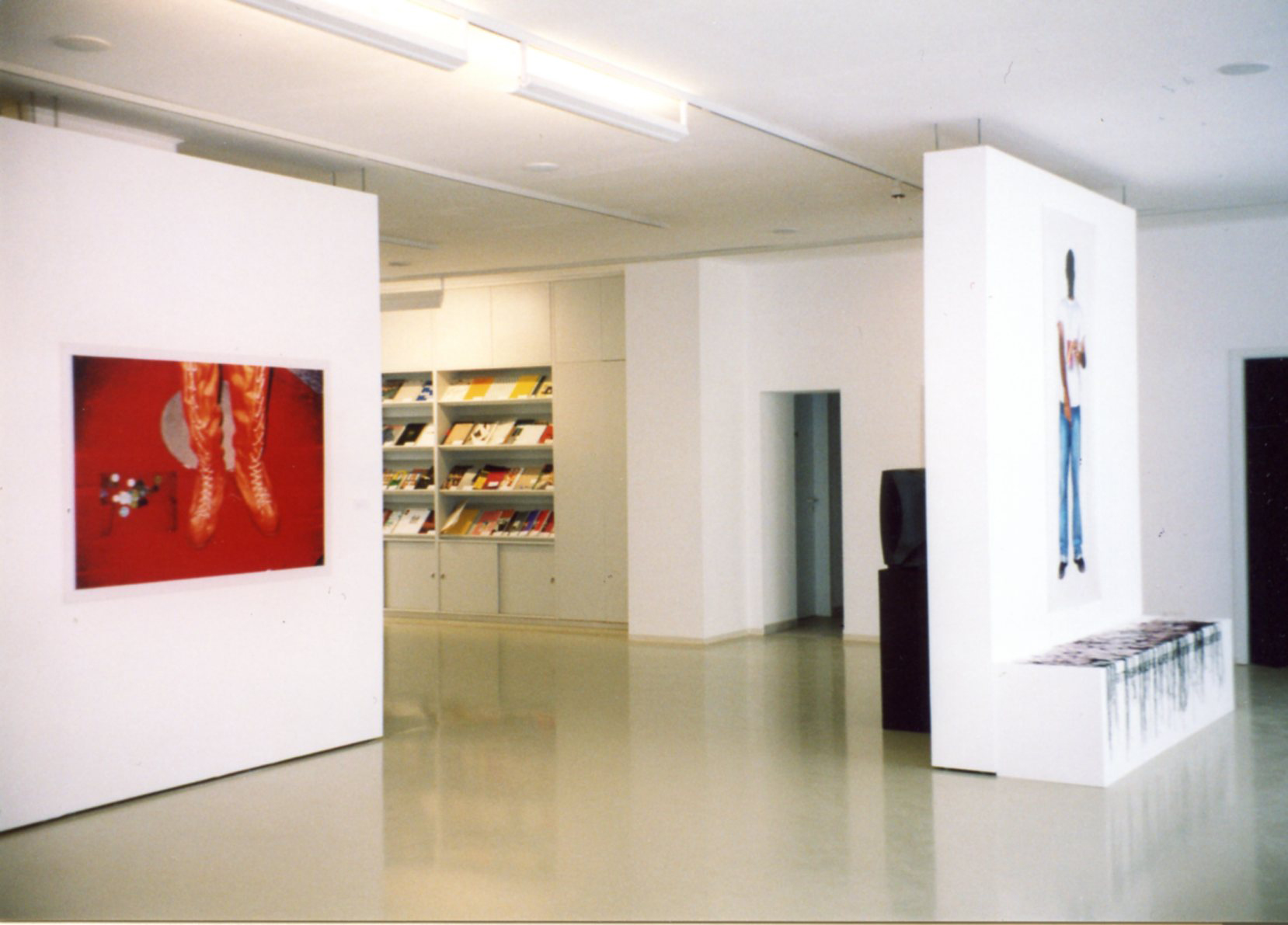