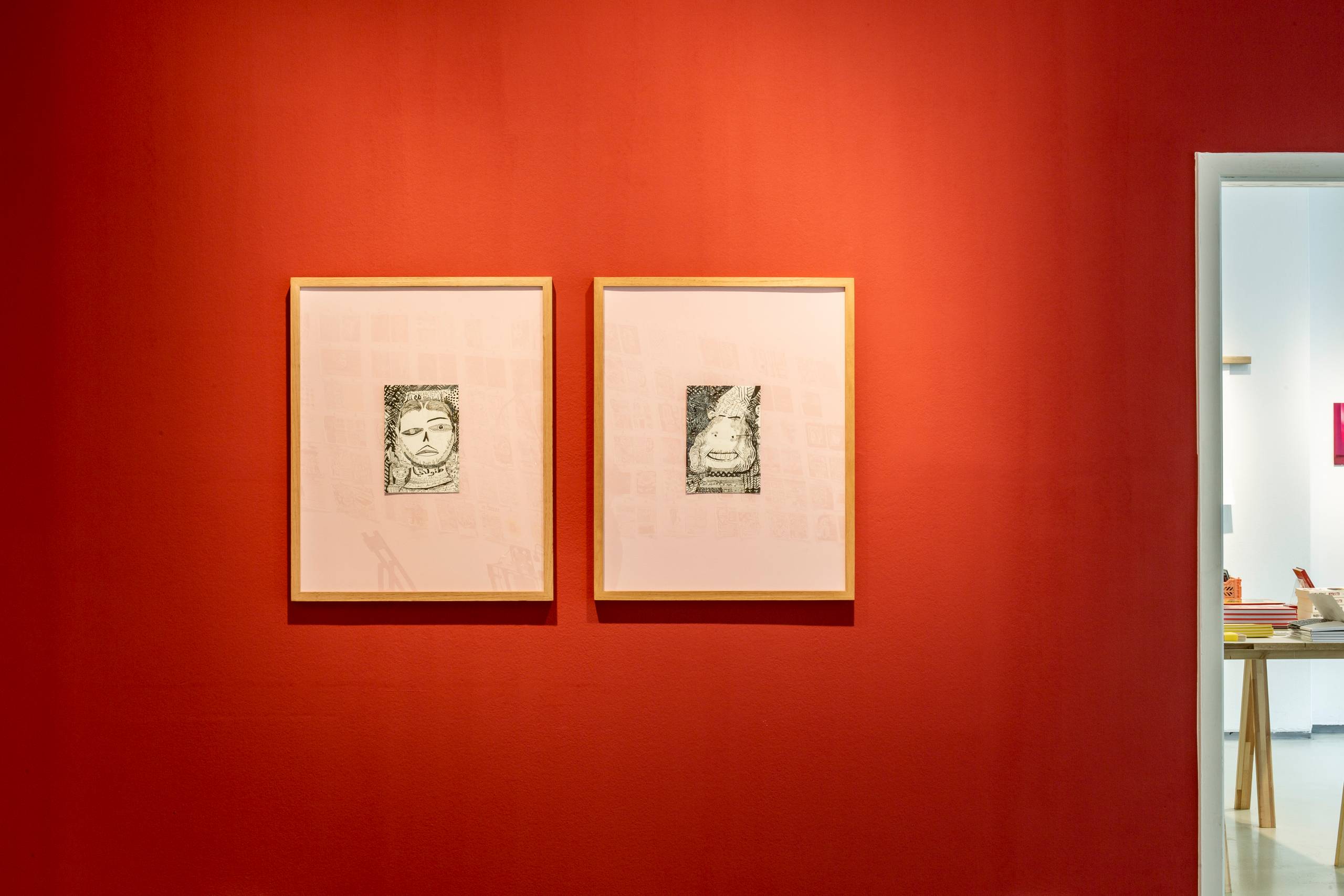 Mazen Kerbaj’s art deploys two tropes that are not uncommon in underground comics: autobiography and politics. An amalgamation of the personal and the historical. Yet his work extends beyond the panels of comics. It settles in space and is performed through the political body of the artist. Mazen is not only a witness; he is an actor.

This show combining old and new works, and put together in this formation for the first time, draws parallels in time, medium and space. The pieces are placed in dialogue— an idea hastily scribbled on a restaurant’s placemat can be seen continued or developed in a live drawing video. It is like entering a room with a legion of Mazen Kerbajs talking, drawing, arguing and drinking with each other. Each one of them is the record of a specific moment and a particular place; on a spectrum of sobriety; in a varying tongue; rendered in a different medium. Kerbaj is always on the move, and movement is both a condition of his work and its subject. 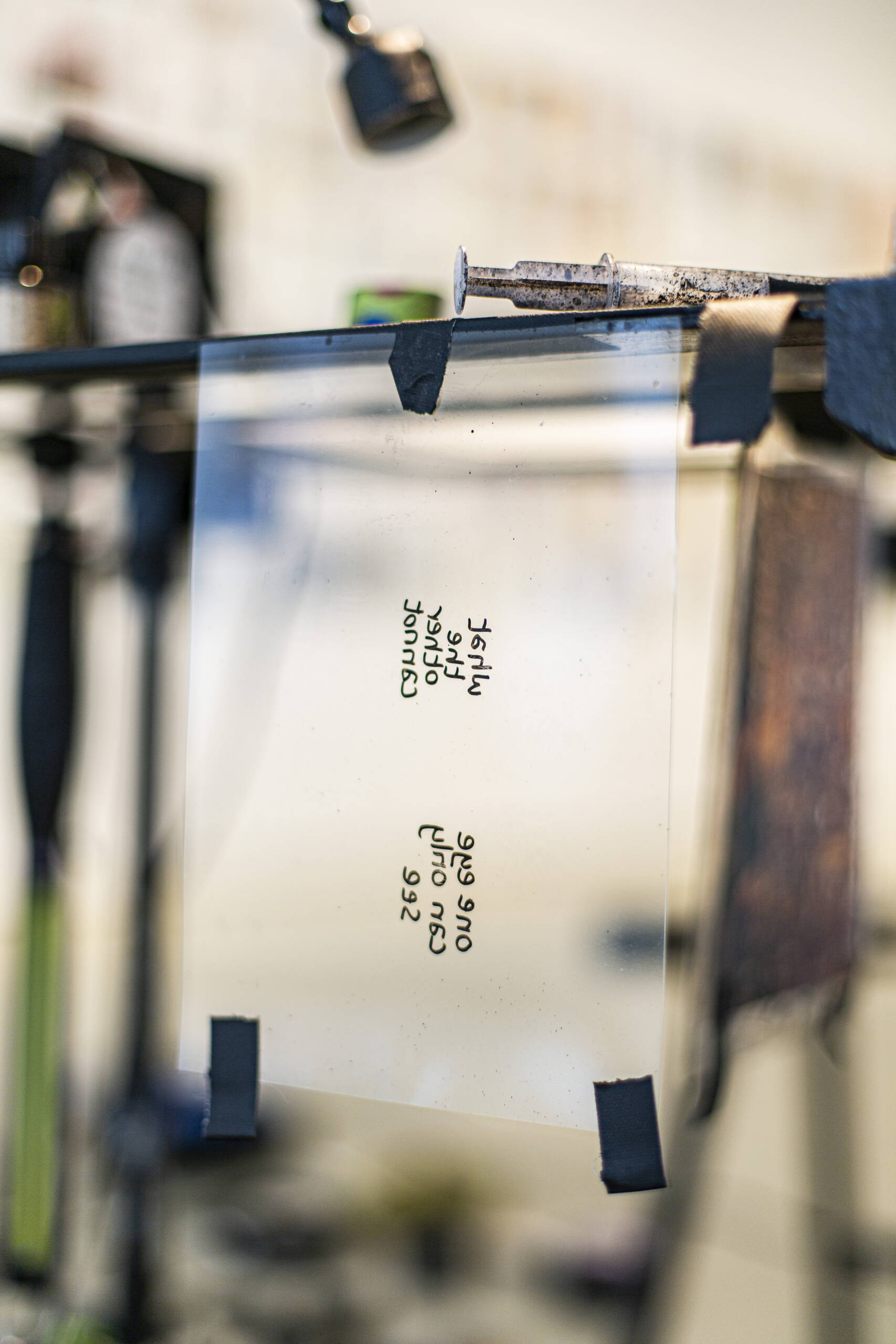 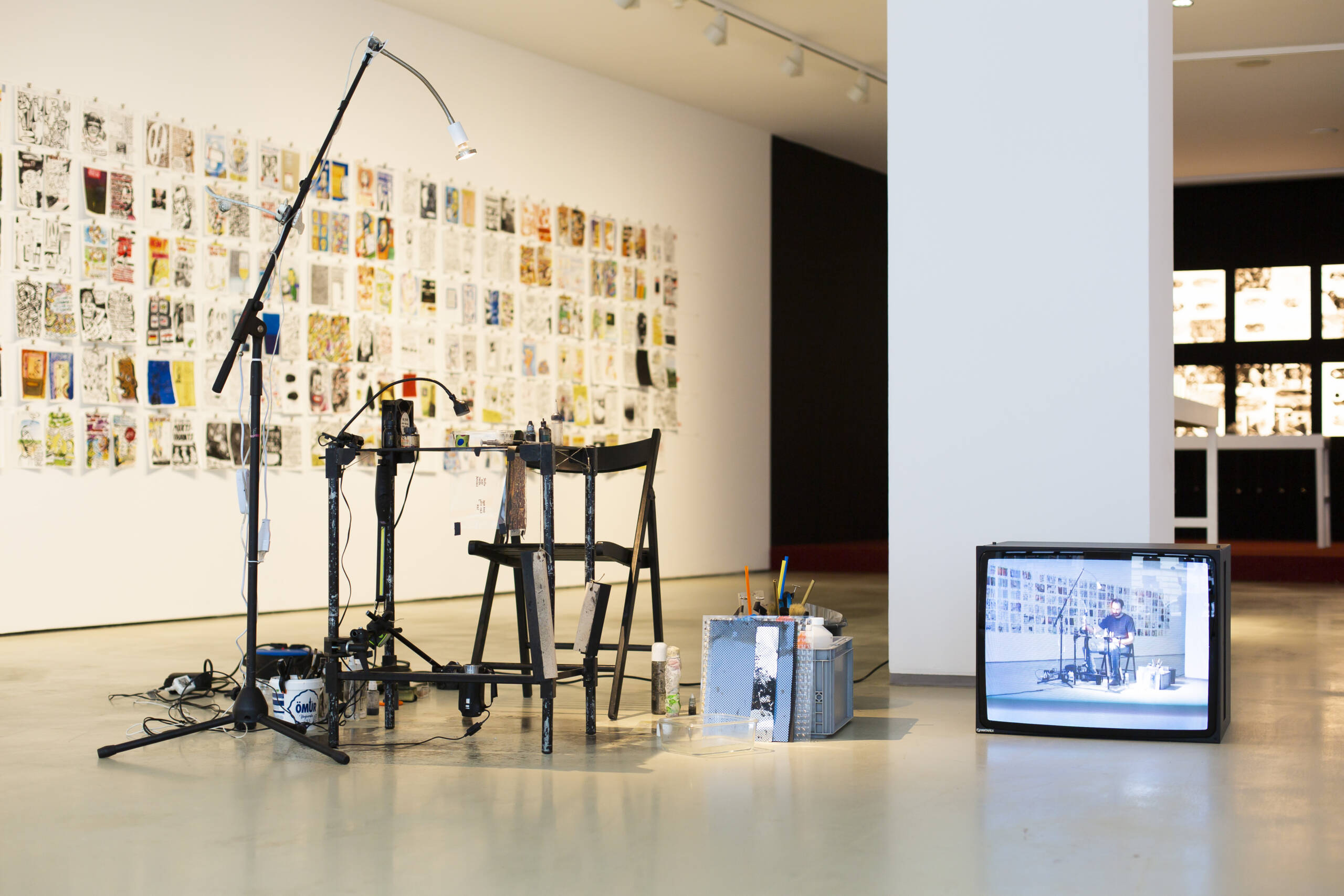 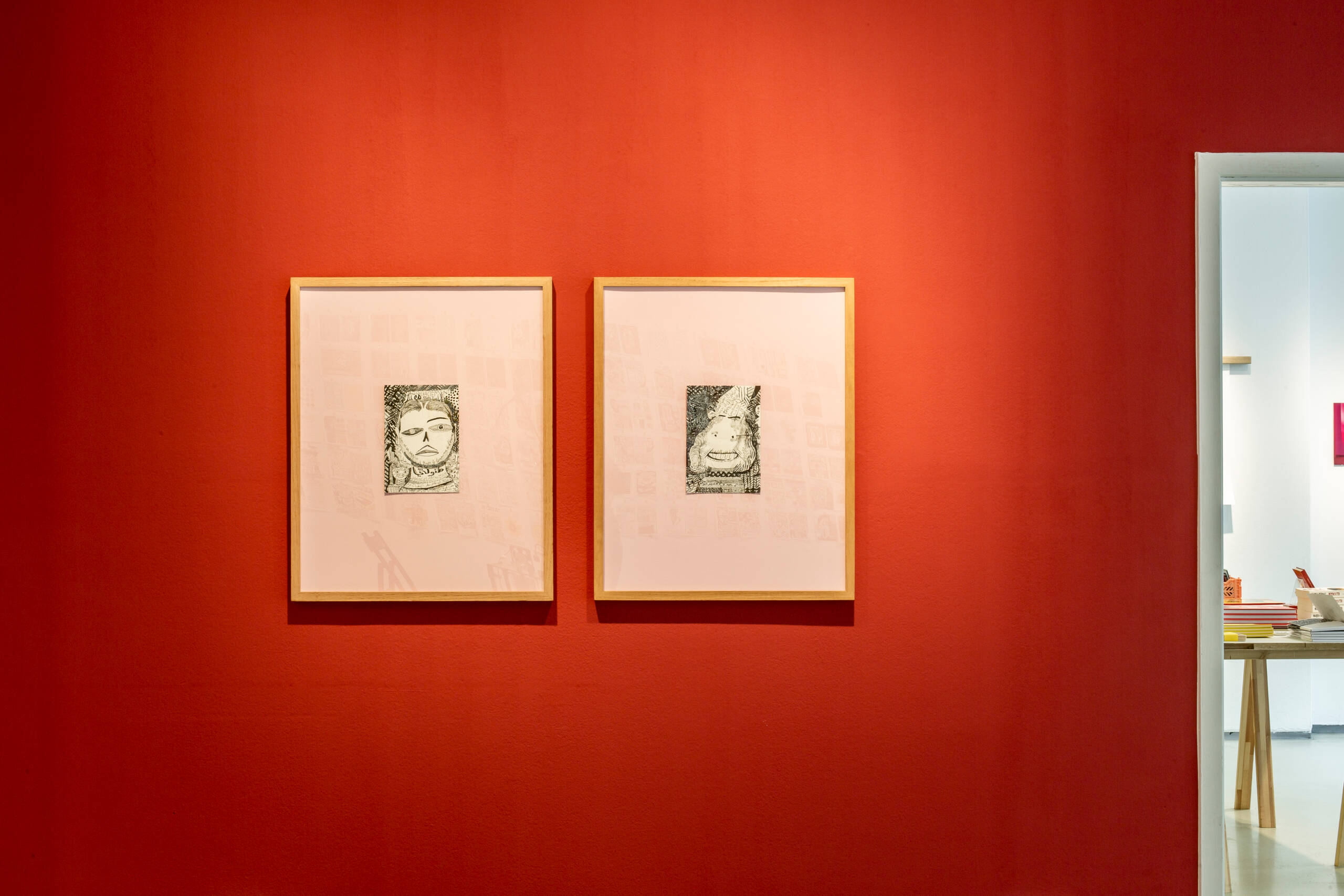 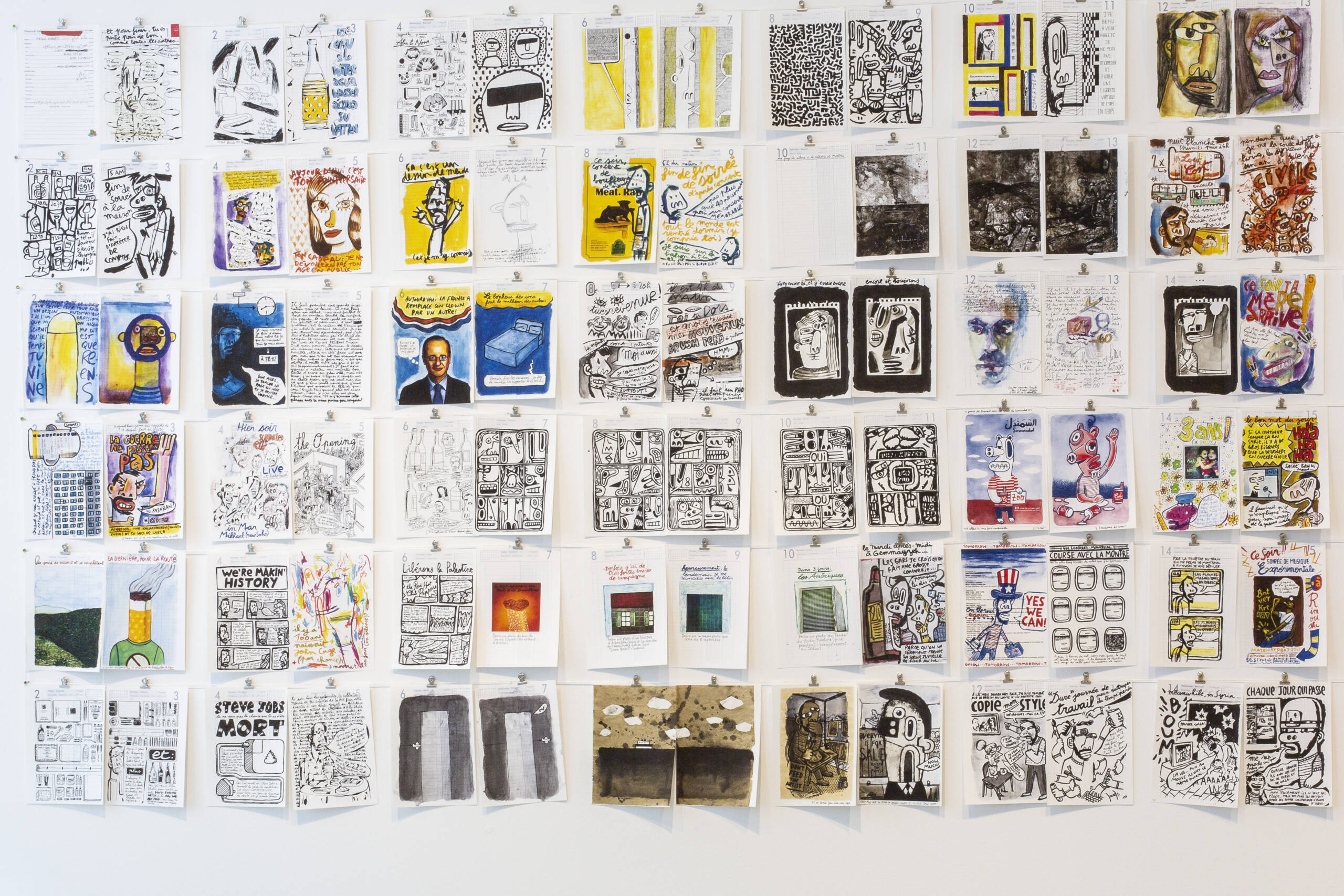 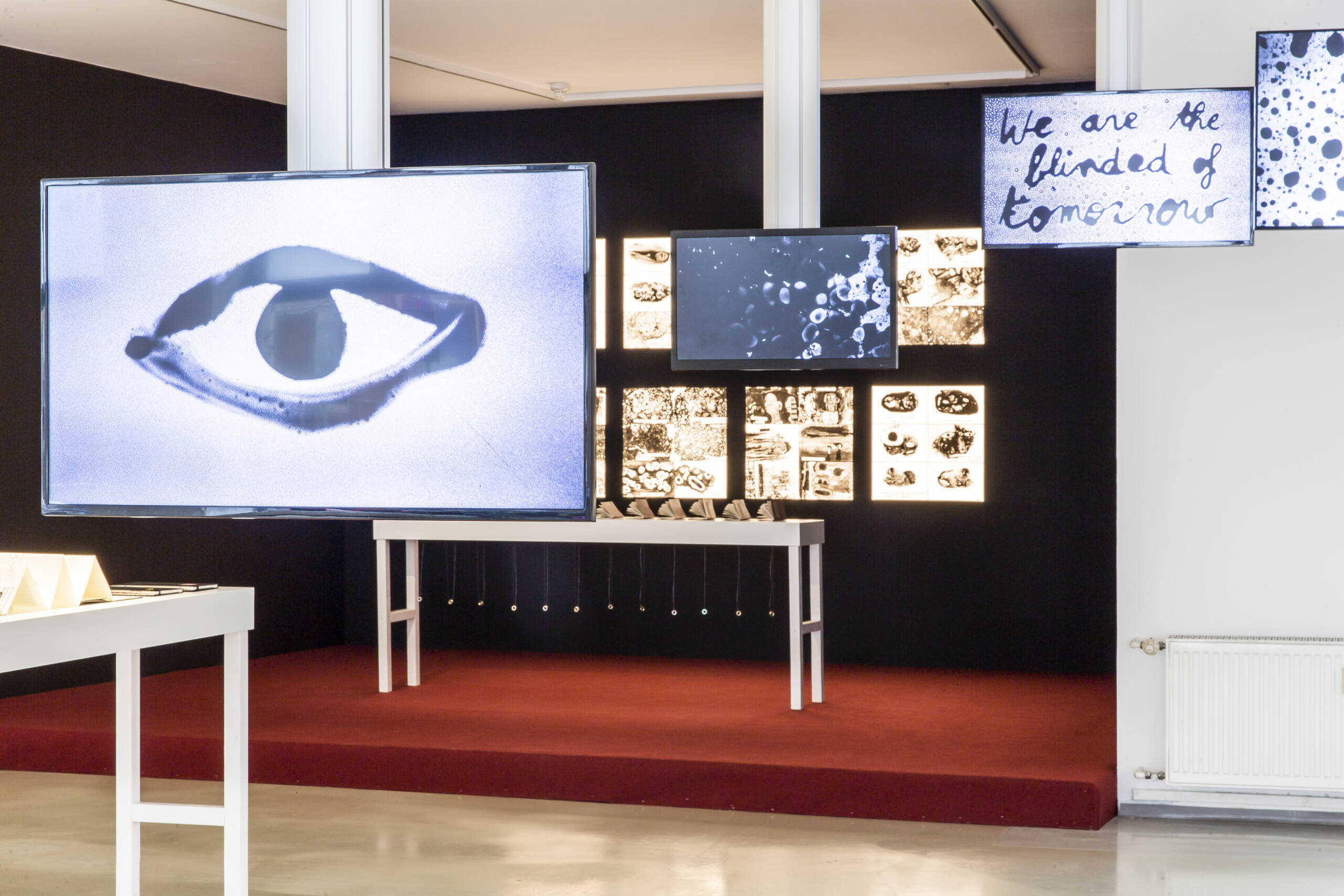 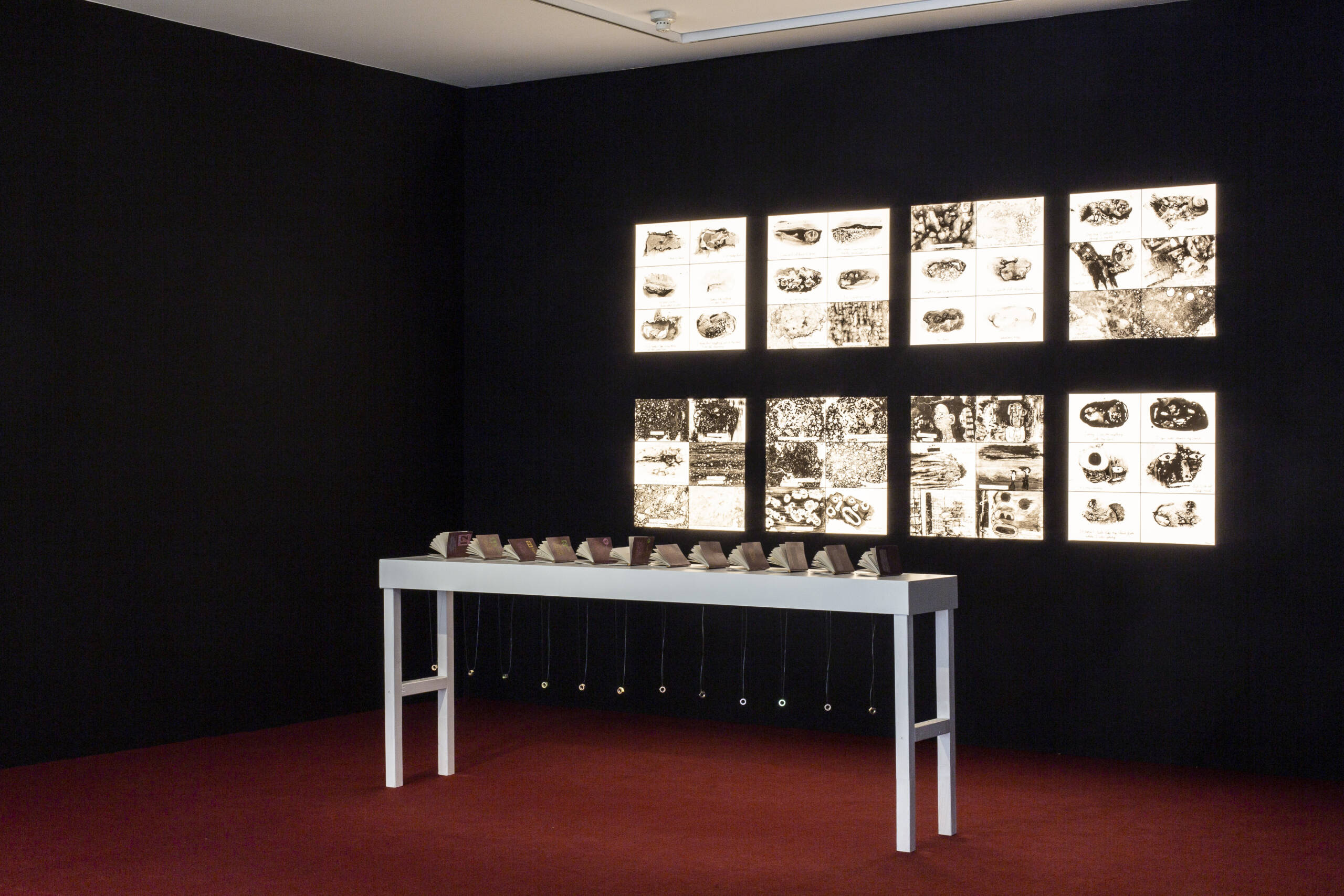 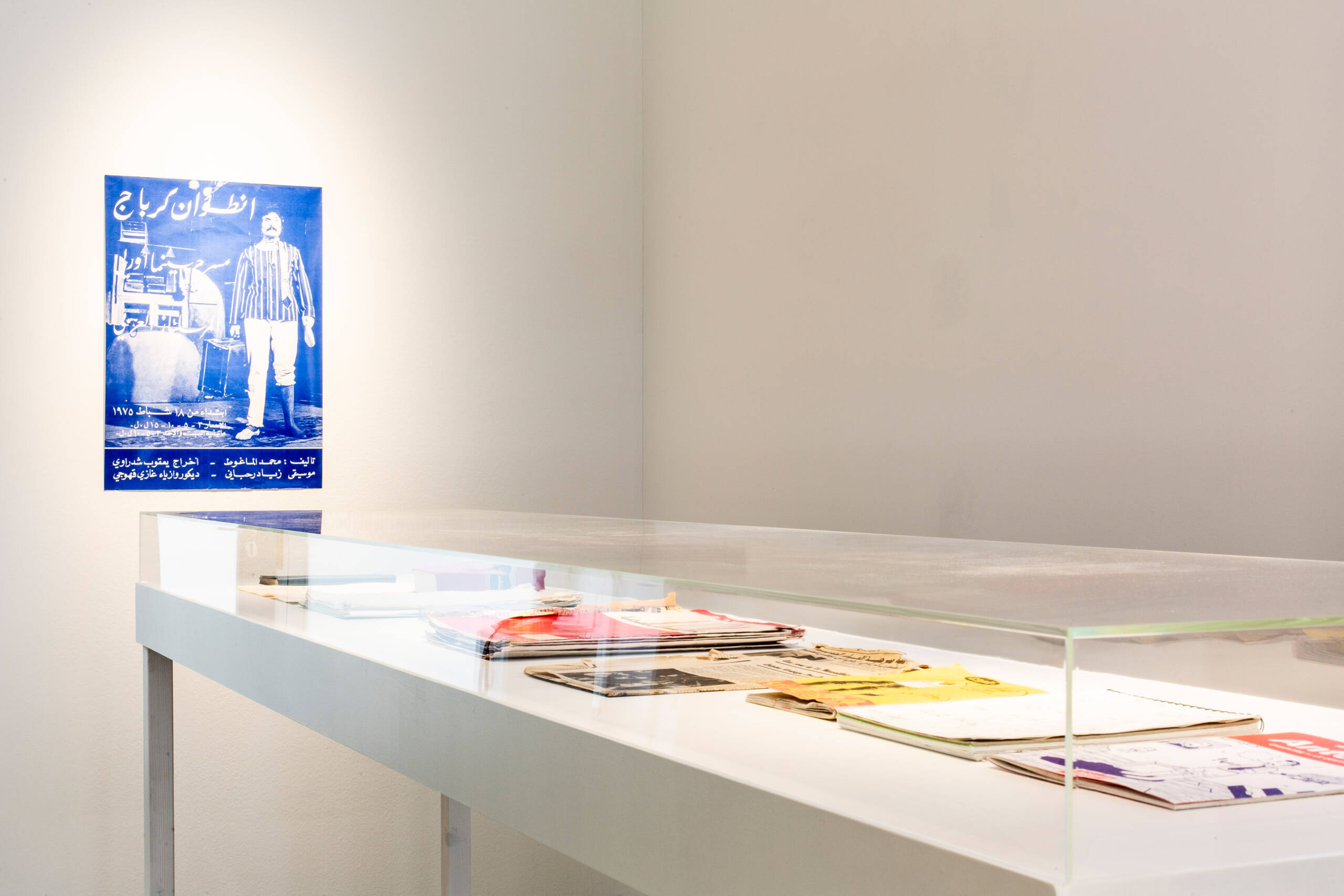 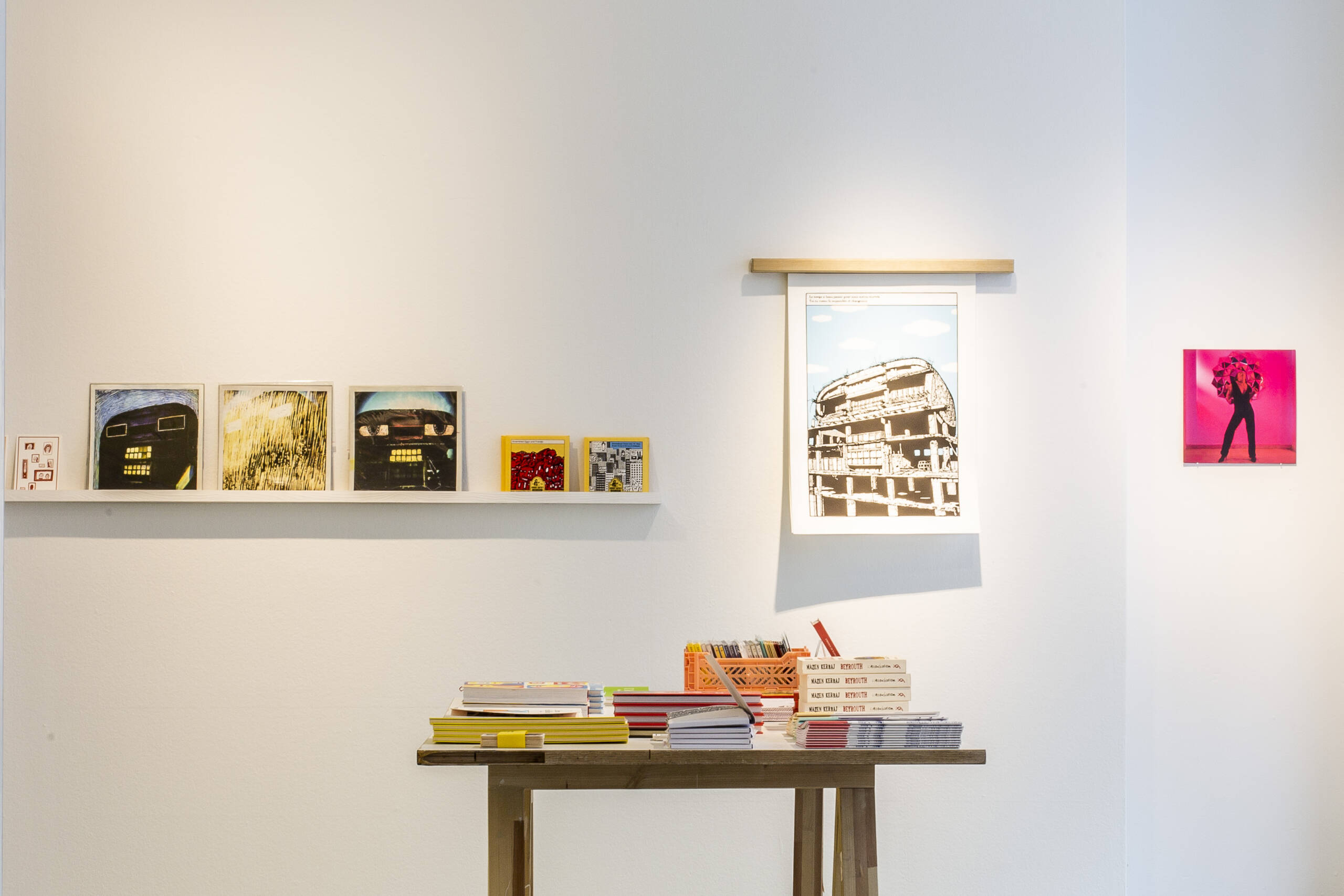 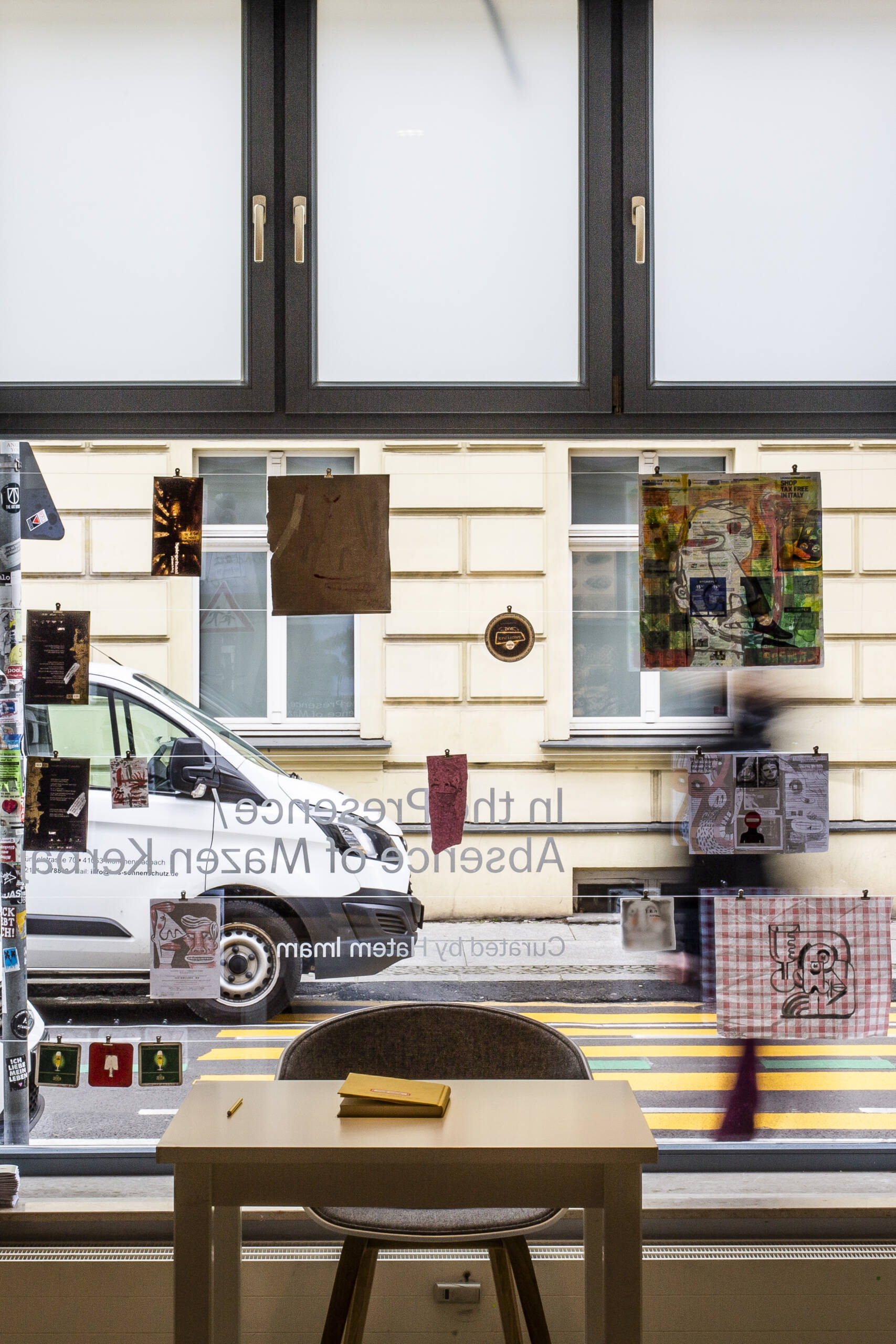 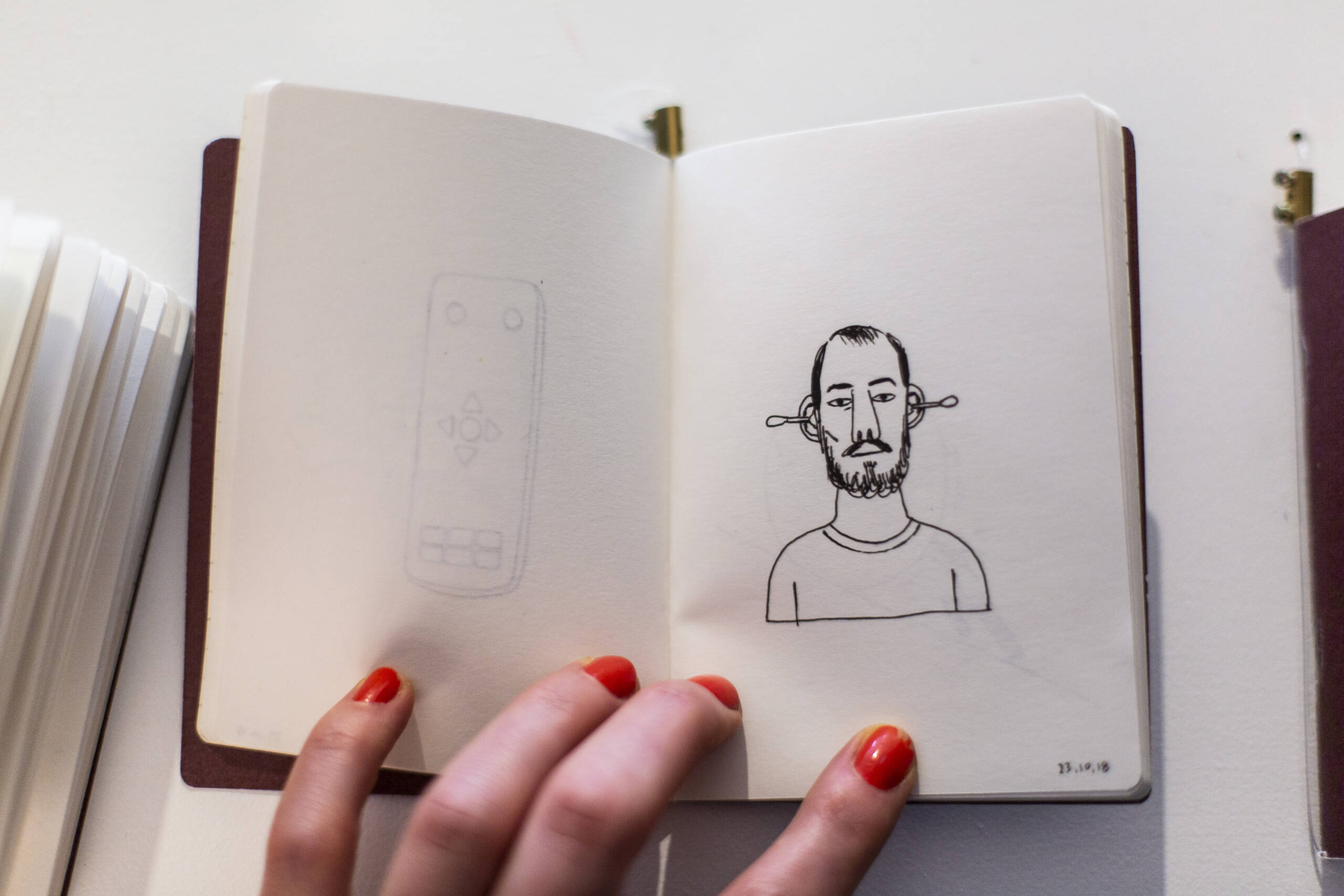 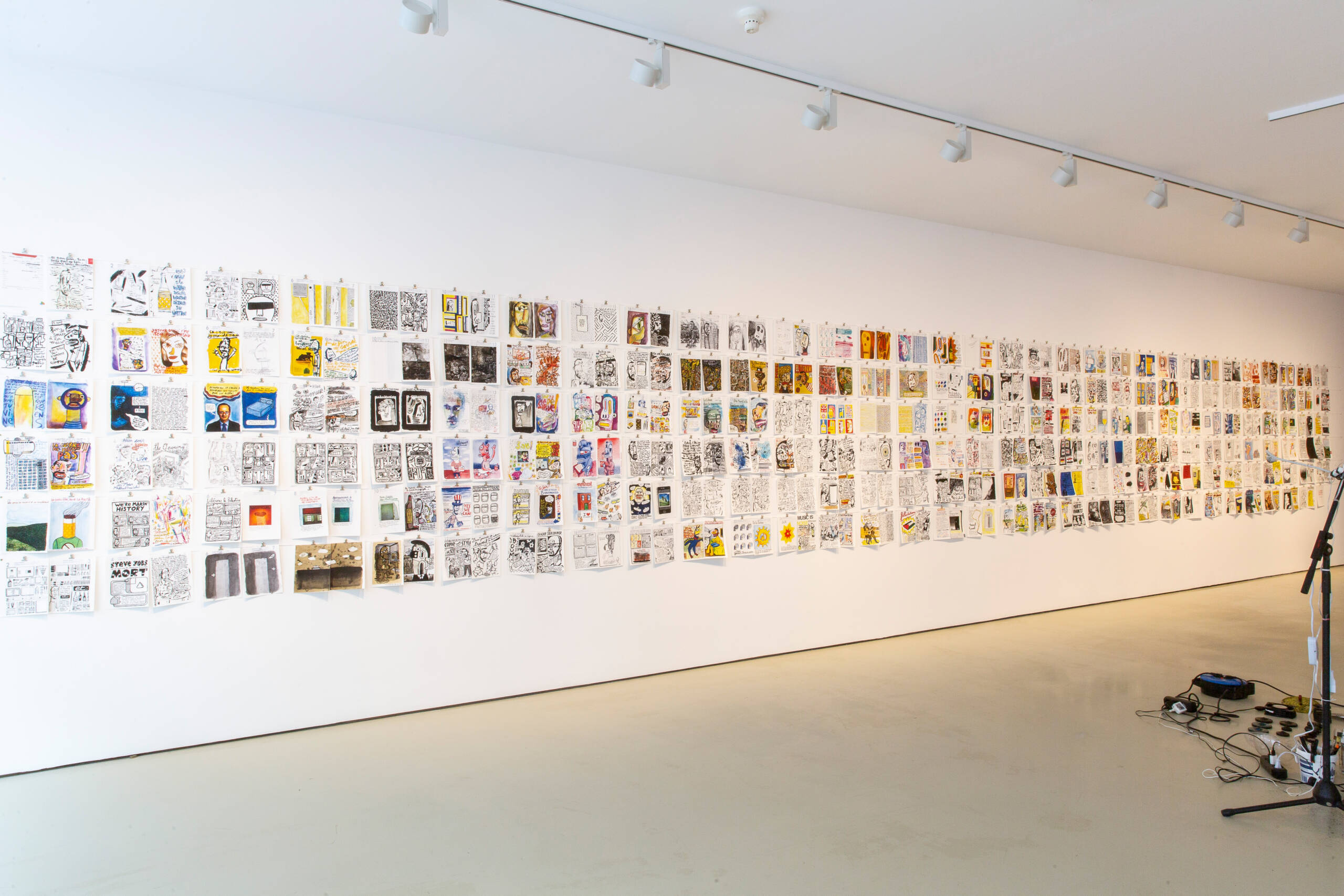 In the Presence / Absence of Mazen Kerbaj © Victoria Tomaschko
Related 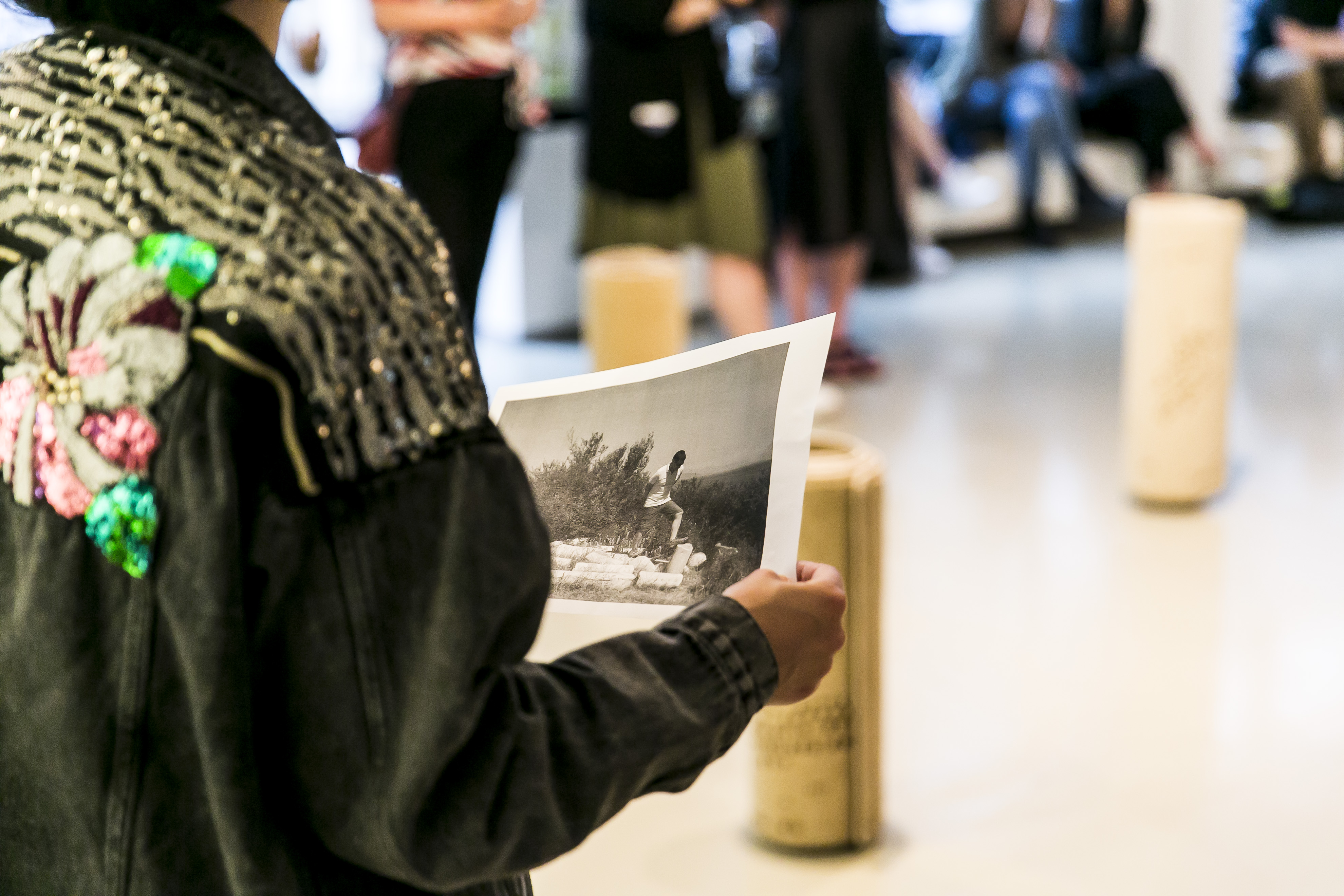 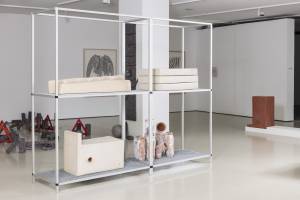 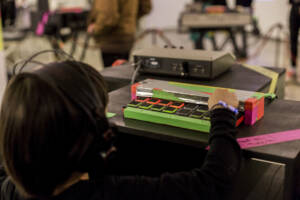