The exhibition “Photography from Minsk” sees the ifa Gallery of the Institut für Auslandsbeziehungen continue a series of exhibitions providing insights into the development of photography in Eastern Europe.
Photography from Belarus, which is almost unknown in Germany, is represented by a selection of five of the most important photographers from Minsk.

In their artistic work, they deal primarily with their individual historical development and their social environment. They mainly use series and tableaus. The photos have been altered and alienated from their original states in many different ways.

Uladzimir Parfianok’s (b. 1958) work shows rhythmic fluctuations between reportage and staged photography. He often strives for the decorative, searches for specific forms and styles, and has an intellectual approach to image captions.
Igor Savchenko (b. 1962), whose installation is also shown in this exhibition, began taking photographs in the early 1980s. A number of works created mainly in recent years walk the fine line between photography and non-photography. But the photographic form remains present throughout, occasionally as a means of exploring the phenomenon of time, the aesthetics of photographic space, and the appearance of humanity within time.

Galina Moskaleva (b. 1954) is a photo correspondent for Belarusian Television. However, this activity has little influence on her artistic work. She mainly uses photographic materials from family albums.

Sergey Kozhemyakin (b. 1956) did not begin working in photography until the end of the 1980s. The cycle “Children’s Album”, produced from a found film which in turn had been recorded by a professional photographer at a kindergarten, holds a special significance for his socially oriented works. His new series is an original take on the theme “Man in front of the genre photographer’s camera”. It shows people photographed “making memories” on summer vacation. This parallel recording is interesting in that it is also a kind of reflection of the parallel consciousness typical of the people in this country. What are we like inside, what is our world like, what do we gain and what do we lose? Man in a lost world – a theme also felt in another one of the artist’s recent series, called “Butterflies”.

Vladimir Shakhlevich’s (b. 1949) works, created in the late 1980s, are an interesting example of incisive reportage with an individual touch. The material for his collections, or selections of works on a theme that can’t quite be called series, include observations on the beach, at home, glimpses of a visit to another city, and the streets in the evening. 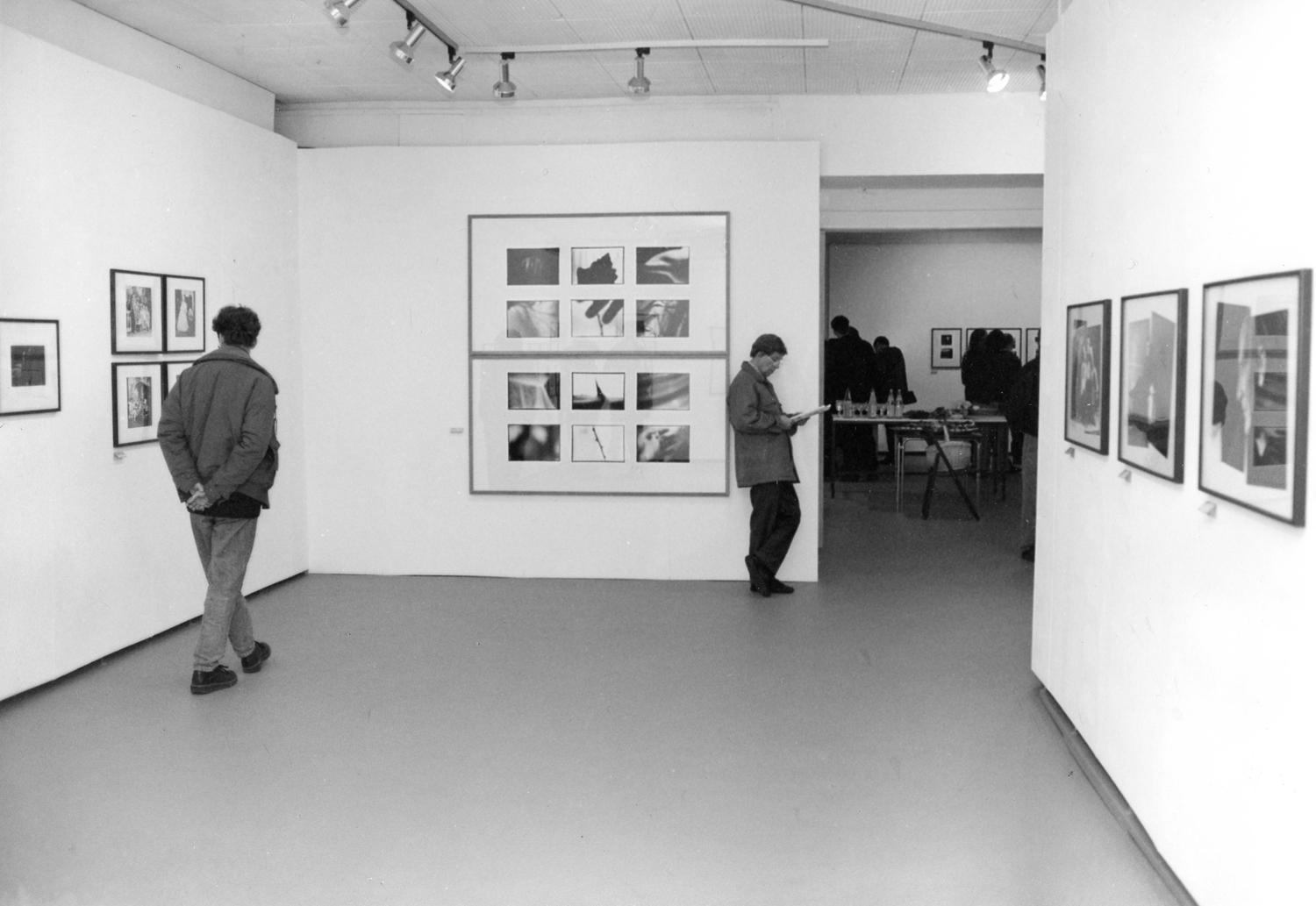 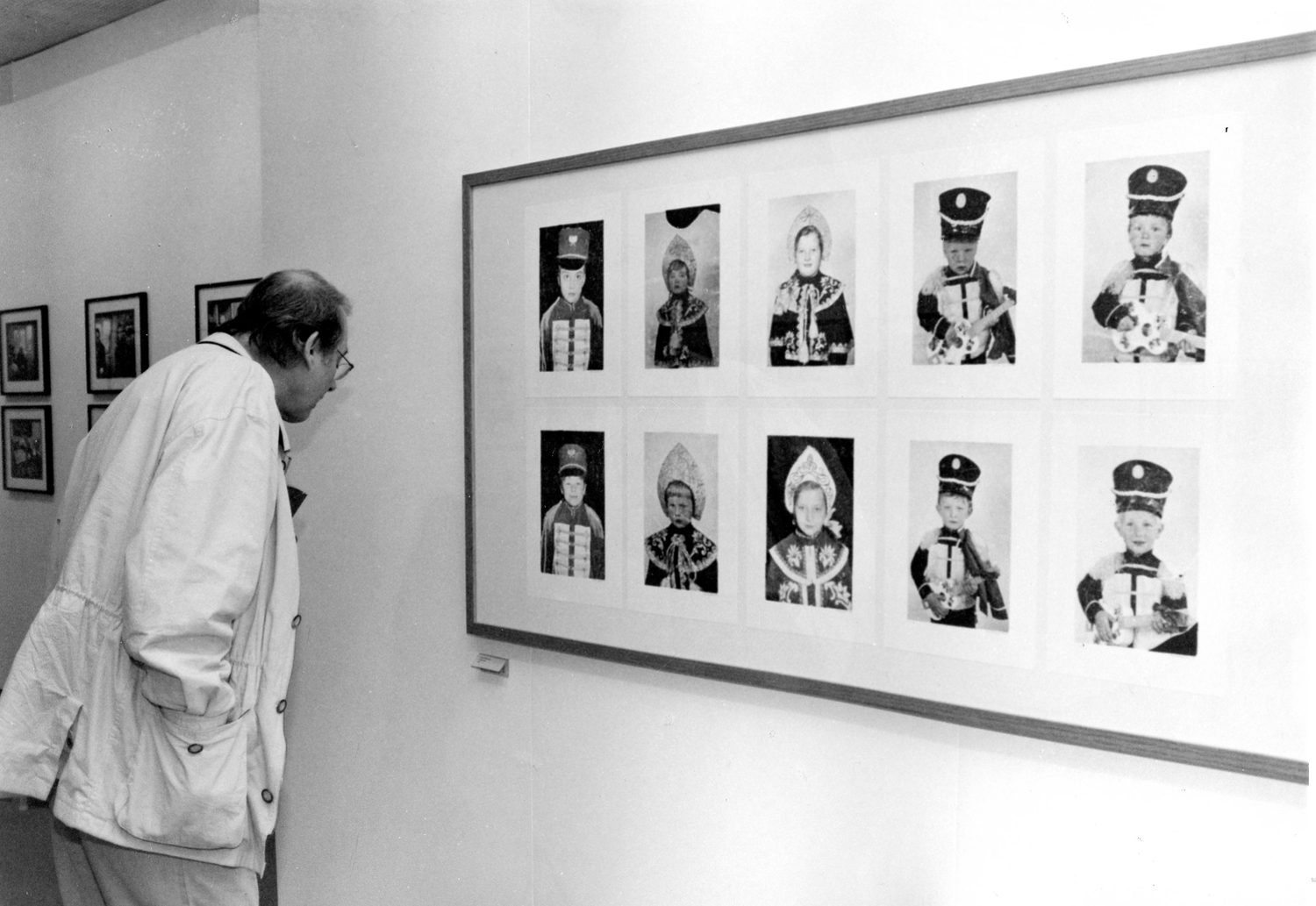 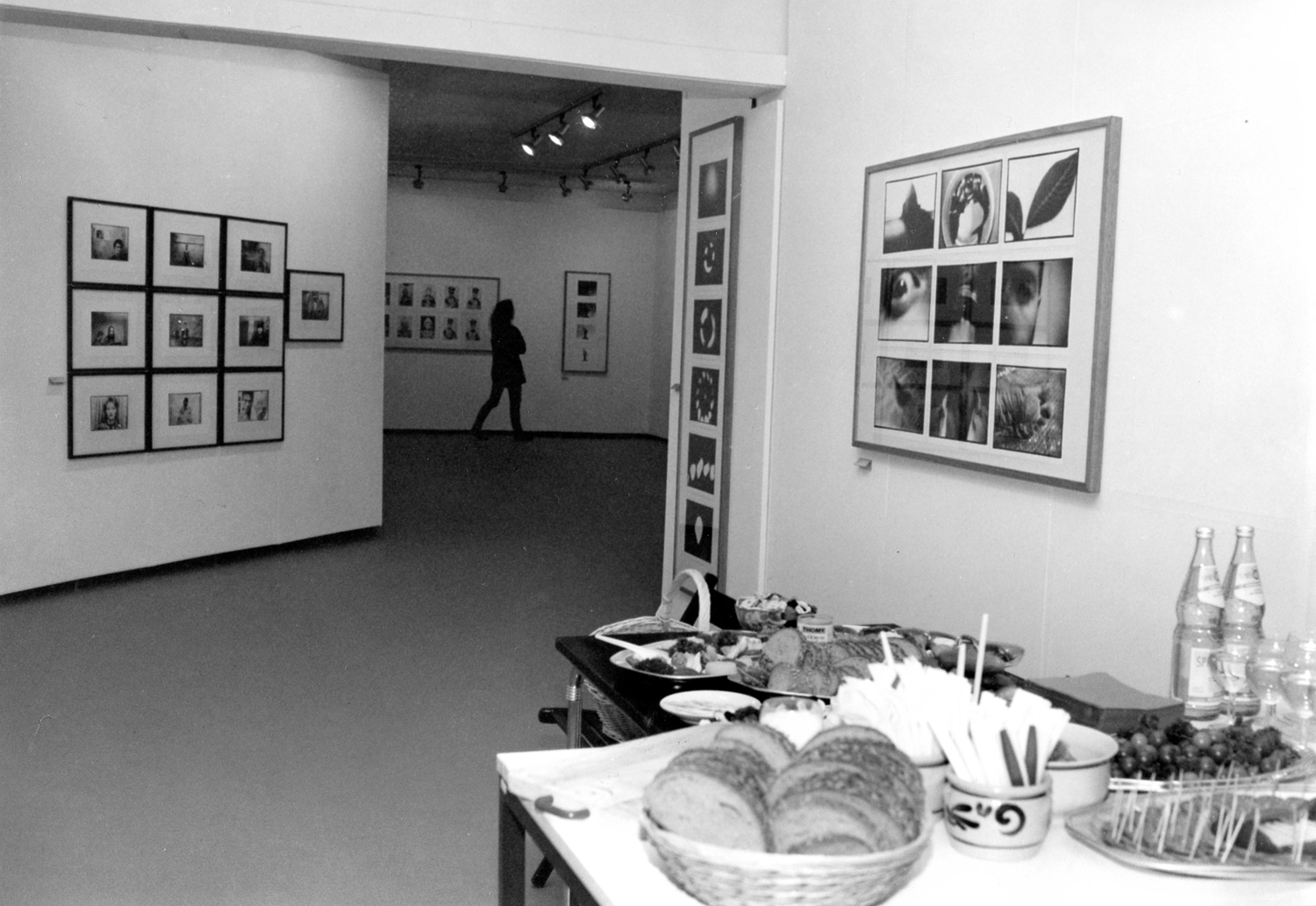