Using selected examples and highlight-like excerpts, the project week of the ifa Gallery Berlin addresses different aspects of terror and invites an open and in-depth examination of the phenomenon of terror. It wants to give impetus to reflect on the present time and its political developments and make clear that terror – for whatever motives – is not and will never be a means of solving political and social conflicts.

“Open Eye – Open I” Multi media installation by Shirley Barenholz, Kinneret Chaya Boosany and Nava Semel
“Open Eye – Open I” is a multi media installation that underscores the possibility of transforming a dismal past into a positive energy and emotional freedom with the help of art. The work by Shirley Barenholz depicts the rehabilitation process of Kinneret Chaya Boosany, a young Israeli woman who was seriously injured in a bomb attack carried out by a suicide killer in the café “My Coffeeshop” in Tel Aviv on March 30, 2002. Shirley Barenholz follows the long and painful process of Kinneret Chaya Boosany’s convalescence with her camera. She began the documentation in November 2002 and is still continuing it today. The photo documentation does not only show the desperate young woman’s intense fight for returning to life but also emphasises her immense power and inner beauty. After the bomb attack and during the process of recovery, Kinneret Chaya Boosany strived to find a way to cope with her deeply affected emotions, a way she eventually found in video art, which became a means for her to deal with the trauma. In the form of the Japanese manga, she finally found the adequate medium of expression. The poem by Nava Semel, “To the Terrorist”, from the poetry book for children “The Courage to be Afraid” speaks for itself and complete the installation “Open Eye – Open I”.

“I hope this project will shed as much human light as possible on ‘the battle after terror’. A battle fought by many people around the world, who looked the evil of terror straight in the eyes, yet survived, and now have to rebuild their lives. Their personal battle and rehabilitation process, which can take up to years of therapy and operations, with many adaptations to make and disappointments to face, gets ‘lost’ in the rapidly evolving chain of political events and news coverage”, Shirley Barenholz says.

Shirley Barenholz, born in 1965 in Holland to Dutch-Israeli parents; photographer and journalist, educated in Holland and New York (International Center of Photography and as an assistant with Magnum-photographer Burt Glinn 1993). Selected on portfolio in 1995 to attend the prestigious Eddie Adams Workshop in New York. Currently she is co-writing and co-directing an international documentary ‘Where Home Is’, following 4 Israeli women artists; director of television-reportages for the Dutch Jewish television channel; photobook ‘Children of Hope’, published in Holland in 1998 focused on 12 Israeli families of Second Generation whose parents are Holocaust-survivors; photos from the book exhibited at the Jewish Historical Museum in Amsterdam in 1998.

“Detail” by Avi Mograbi
Documentary video, 2004, 9 min.
In a nine minute sequence, artist and filmmaker Avi Mograbi, who was awarded with the Peace Film Award in 2002, shows the endeavours of a Palestinian family to take the ill woman together with her children across an Israeli checkpoint to hospital. Although the ambulance is on spot, the ambulance men do not succeed in reaching the woman and helping her. With simple, documentary means, the artist achieved to depict the extent of insecurity and aggression, which can be experienced at the same time as a tragedy of both the Palestinian and the Israeli people. State power, which is supposed to serve the own people, eventually turns into terror against – as in this case – individuals in need for help.

“Fremder Freund”, directed by Elmar Fischer, Germany, 2003, 105 min
In his first feature film, a kind of intimate play, Elmar Fischer narrates the friendship between a German and a Yemeni student, who both study in Berlin. Initially an association for the purpose of sharing a flat, their relationship develops, across all cultural boundaries, into a friendship, which in the light of the events of September 11, 2001, arouses the question of how well you actually know your best friend.

“Osama”, directed by Siddiq Barmak, Afghanistan/Japan/Ireland, 2003
The situation of women and girls in Afghanistan under the Taliban regime
The Taliban have enforced a law disallowing women to appear in public without being accompanied by a male person. As the single daughter of an Afghan widow, the girl has to earn the family’s living disguised as a boy named Osama. When she is seized by a Taliban and taken to a training camp for combatants of the Koran, she has to run the gauntlet in a male dominated, religiously fanatic world. Her menstruation blood finally exposes her, she is imprisoned and sentenced by a Shariah court. Instead of the death penalty, the twelve-year old girl has to marry an old man, the Mullah. His wedding gift is a padlock.

“Die innere Sicherheit”, directed by Christian Petzold, Germany, 2000
Personal conflicts of a daughter of former RAF terrorists taking to flight in Europe
Jeanne’s parents, former Red Army Faction terrorists, still live the underground. At 15 years of age, Jeanne has never in her life attended school and could never build up friendships. Living clandestinely in Portugal together with her parents, she mistrusts every foreigner. One day, she meets Heinrich at the beach and falls in love with him – risking a lot to see him again.

“Re-Inventing the Taliban”, directed by Sharmeen Obaid Chinoy, Es Robbins, Pakistan/ USA 2004
A documentary film about the rise of Islamic fundamentalism in Pakistan
Sharmeen Obaid-Chinoy, a young Pakistani grown up in the USA, travels to north western Pakistan, to Peshawar close to the Afghan border, where a large part of her family still lives. Today, the region is a stronghold of Islamic fundamentalists, the streets and markets are populated by men only, rarely a completely veiled woman hurries around a corner. Sharmeen Obaid-Chinoy is persistently asking. Why music is prohibited. Why video tapes are being burnt. Why women are not allowed to work together with men and why the pictures of the poster painter are forbidden today. She talks to initiators and opinion leaders, but also to representatives of a rather progressive Islam. Sharmeen Obaid shows the effects of abolishing the separation of religion and state, and acquires an insight into the rote of Pakistani women by wedging herself into the Burqa. Finally, she also points out how strong the international entanglement is.

“Bildungshunger in Afghanistan”, directed by Paul Schwarz, Germany, 2005
About recent developments in the education system in Afghanistan after the fall of the Taliban regime
The documentary film by journalist Paul Schwarz draws the attention to the visible positive changes which have been taking place in Afghanistan after the fall of the Taliban regime, especially in the fields of democratisation and education and in particular concerning the support of women and girls. Education prepares the ground for a better future. Chemistry classes, computer classes, sports activities – unimaginable under the Taliban. School is a secure and active space. These recent developments, however, are hindered by the difficult conditions: There is a lack of space, of trained teachers, schoolbooks and notebooks. Of course, it isn’t easy to sustain the initial momentum without international support. The film affords an insight into Germany’s engagement in the education sector in order to maintain peace and stability in the battered country.

Lieber Muslim, directed by Kerstin Nickig, Germany/ Poland, 2005
Portrait of a Chechen Journalist family, who has fled from war and terror to Poland
“Dear Muslim” – thus, Sacita’s diary commences, which she is writing for her little son Muslim, so that he will once understand what his parents have experienced in Chechnya and why they have migrated to Poland. Sacita, her husband Said-Selim and their son Muslim are sitting in their small room in a refuge home in a provincial town in eastern Poland. Mentally, they have hardly arrived: They still live entirely in the past with all the horrors of war, which they have been documenting with their photo and video cameras over the years. These documents, the narratives and the diary entries create an appealing portrait of a family, depicting the war in Chechnya from a very personal and direct perspective. 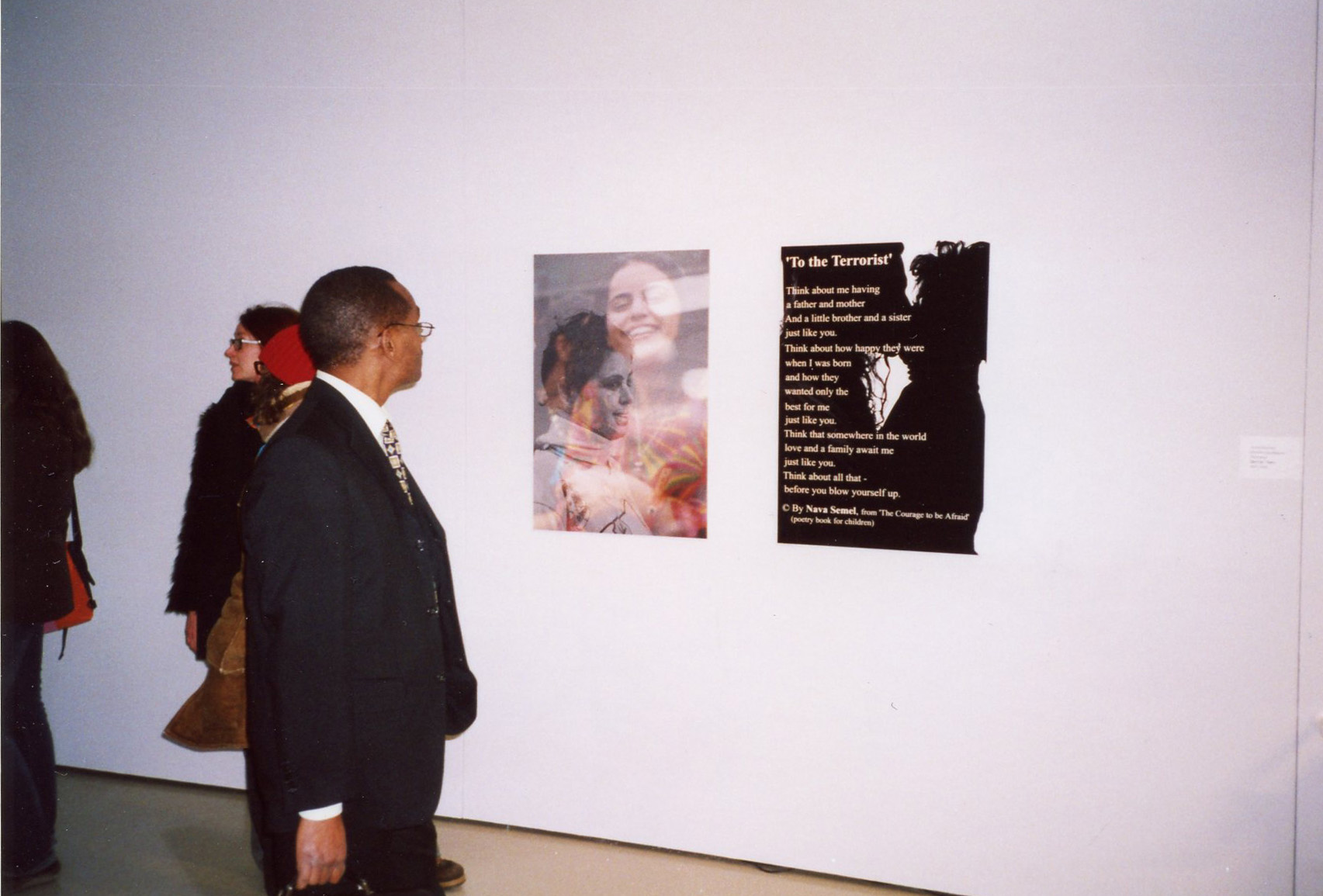 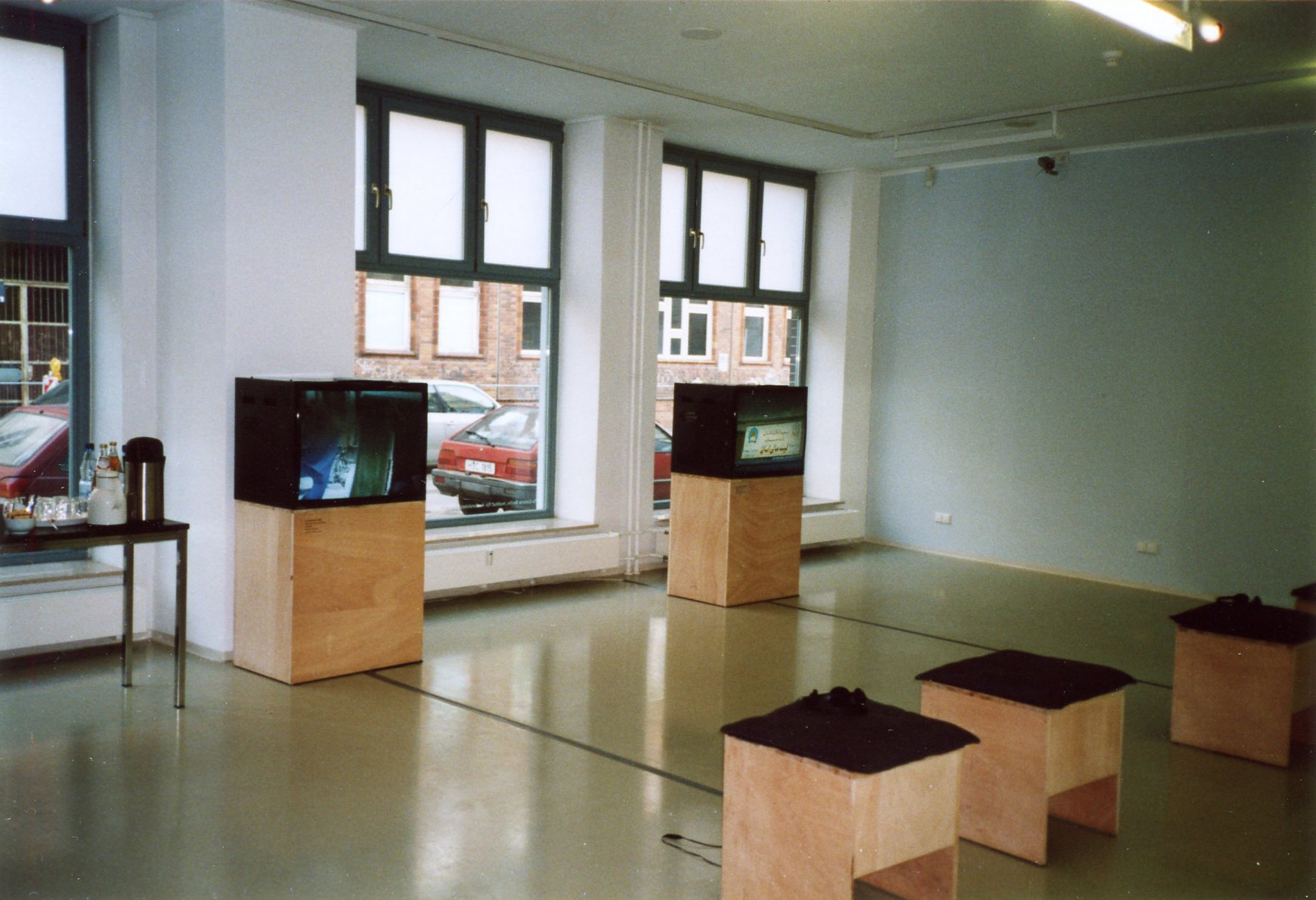 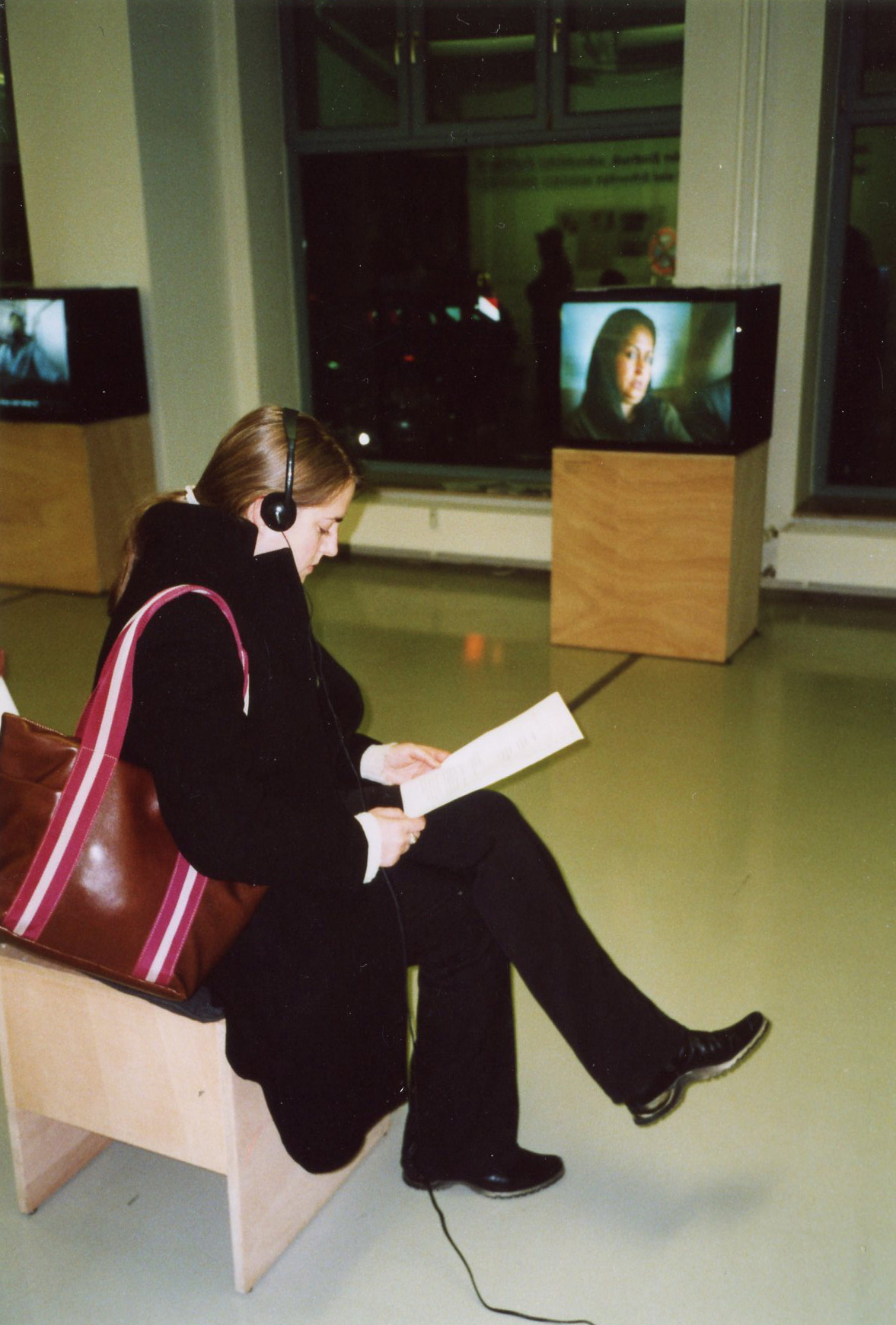 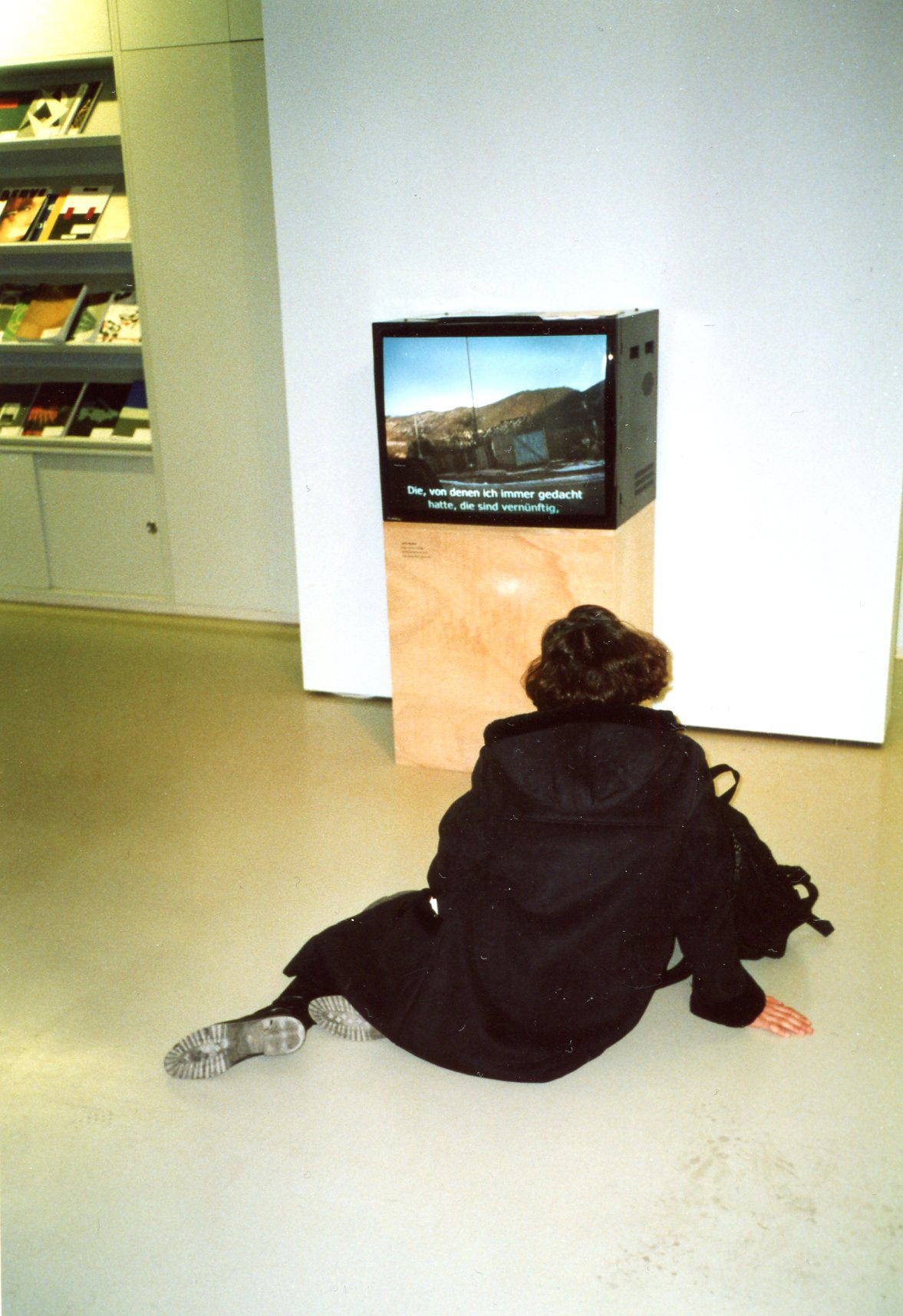