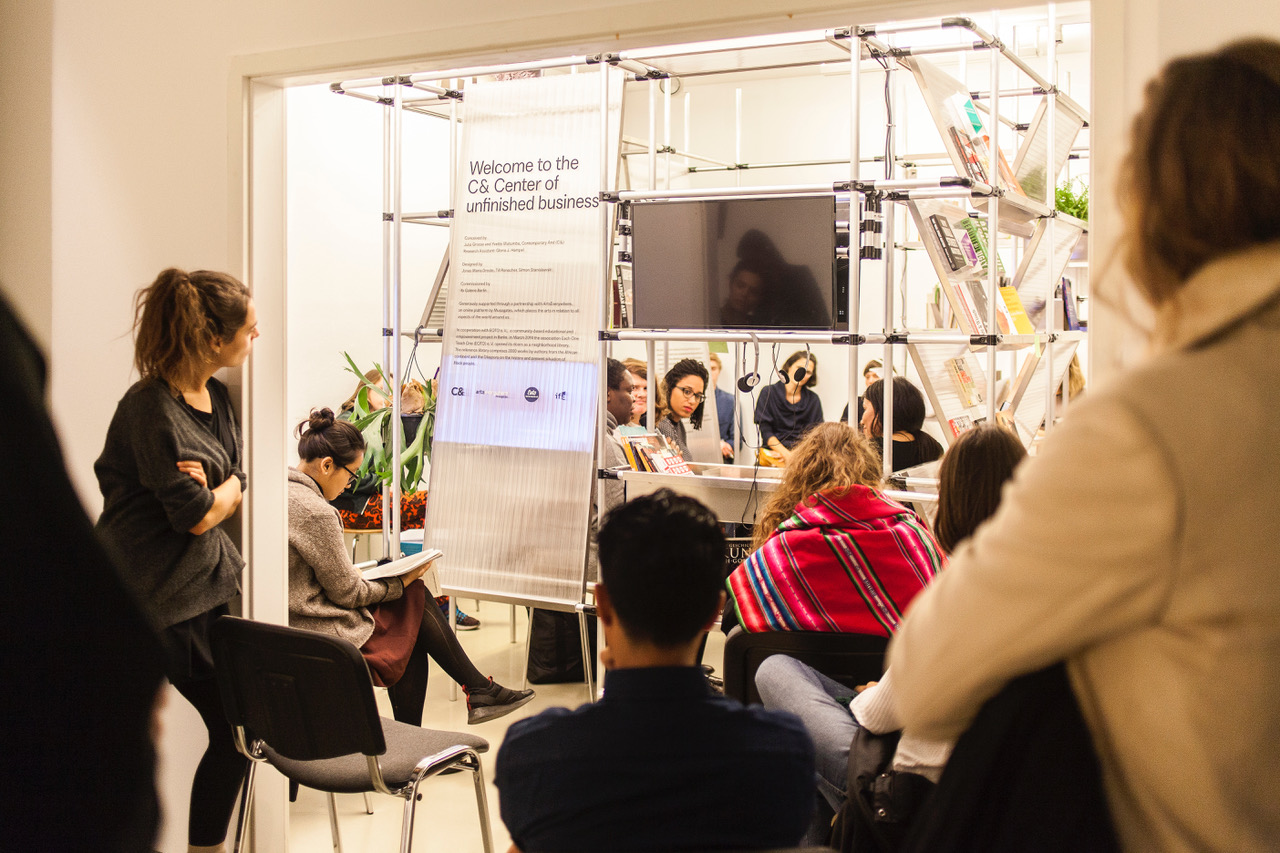 As part of a unique “book residency project” between documenta 14’s aneducation and C&’s Center of Unfinished Business two libraries get in conversation with each other: Contemporary And’s collection of books, presented in the Center of Unfinished Business at the ifa Gallery Berlin, focussing on aspects of colonial legacies and contemporary societies and the library of Lucius and Annemarie Burckhardt exhibited during documenta 14 at Peppermint in Kassel. The latter consists of books related to the method of strollology as invented and practiced by the landscape architect Lucius Burckhardt (1925–2003), who taught at the University of Kassel, and his wife Annemarie (1930–2012). Taking the act of walking as a point of departure for their method the two unconventional thinkers have substantially influenced the development of documenta 14’s process oriented educational programme aneducation and the walks offered by the Chorus.

In the context of the „book residency project“ C& and aneducation exchanged carefully selected books from their respective libraries which were then presented in the other collections’s context at Peppermint in Kassel and in the Center of Unfinished Business at ifa Gallery Berlin. As described by Walter Benjamin in his essay “Unpacking my Library,” the process opens up the work and influence of the collectors as well as their own relationship to the book collection.