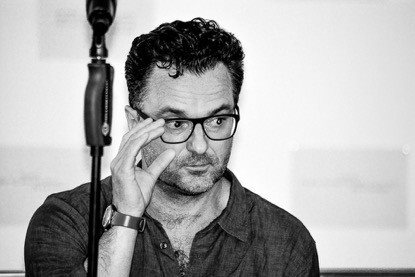 If the disavowal or absence of legal and political representation is a feature of being a refugee in an era of political exceptionalism, then what happens when artistic representation is inserted into this already compromised regime of visibility? In an all too amenable substitution that can often reconfirm the apparent absence of legal accountability, is it possible that cultural forms of representation are compensating for — if not replacing — the very systems and procedures of political and legal responsibility that are being denied refugees in the first place? What happens when the “culturalisation” of political debates around the status of refugees produce a culturally determined — as opposed to politically defined — idea and ideal of those concepts? Are we, this talk will ask, merely formulating an alibi of engagement through the performance of human rights that has become an institutional mainstay in contemporary art practices and their often inflated claims on political realities?

Anthony Downey is an academic, editor, and writer. He is Professor of Visual Culture in the Middle East and North Africa within the Faculty of Arts, Design and Media at Birmingham City University. He sits on the Editorial Board of Third Text (www.thirdtext.org) and is the Associate Researcher for the Institute of Human Activities. Recent and upcoming publications include Zones of Indistinction: Contemporary Visual Culture and the Cultural Logic of Late-Modernity (forthcoming, Sternberg Press, 2019); Don’t Shrink Me to the Size of a Bullet: The Works of Hiwa K (Walther König Books, 2017); Future Imperfect: Contemporary Art Practices and Cultural Institutions in the Middle East (Sternberg Press, 2016); and Art and Politics Now (Thames and Hudson, 2014). In 2019, he will launch Research/Practice: 25 Artists/25 Projects (Sternberg Press, 2019), which will examine the role and uses of research in artistic practices today.

The talk will be held in English.
Free entry.