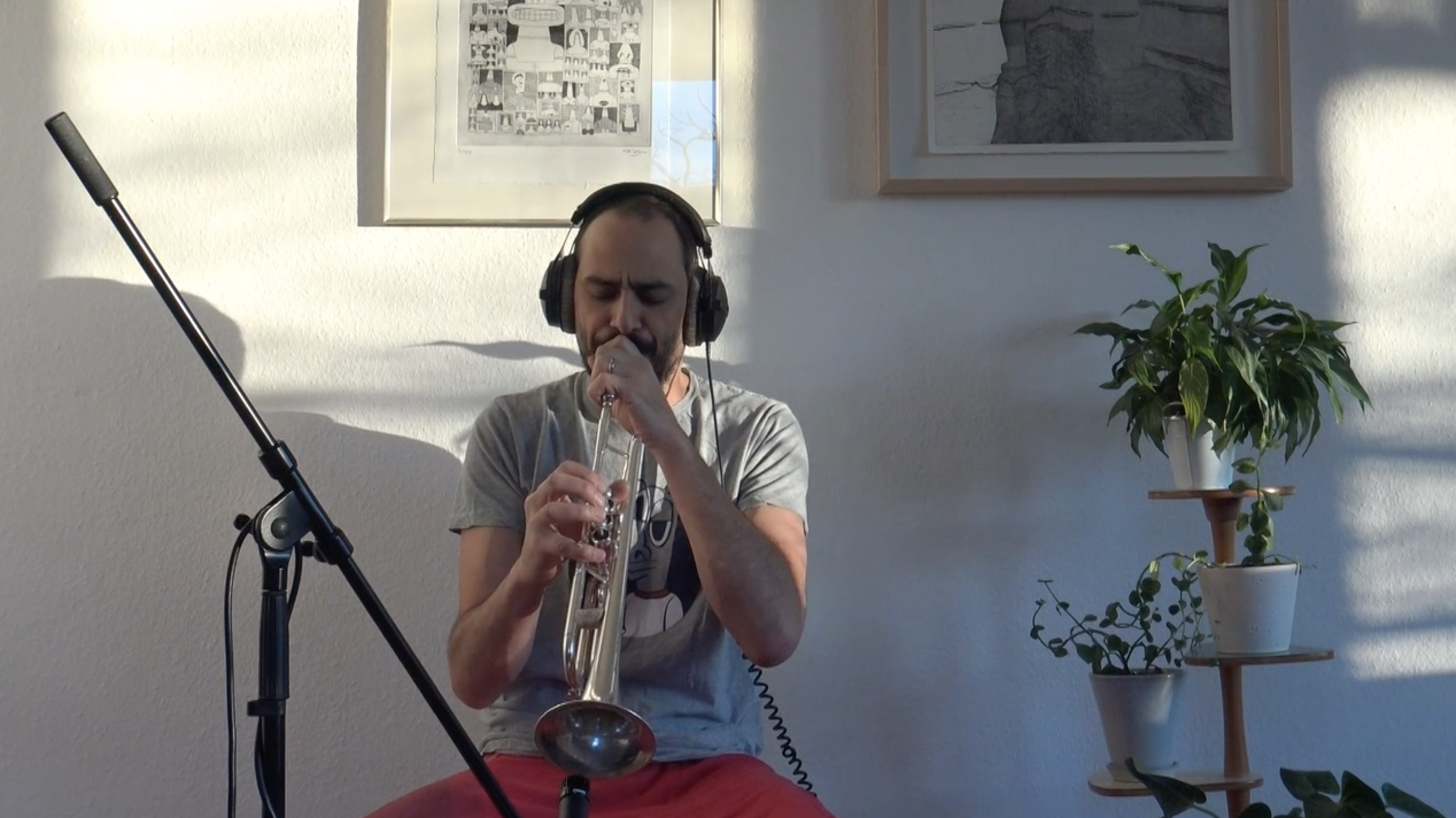 Due to Coronavirus ifa Gallery Berlin had to cancel a series of concerts where Mazen Kerbaj would invite close collaborators from Berlin, and ask them to bring along a guest to play a trio together. Now Kerbaj has found a way to replace these gigs by recording solo pieces while listening to the other musicians solos through headphones, both an homage and a an open letter to close collaborators who he cannot meet for the time being: Enjoy this first attempt recorded while listening to Strange Song 6 by Ute Wassermann!

As a vocal artist and composer, Ute Wassermann is known for her polyphonic and extreme sound language, which she brings into various contexts of experimental music. She graduated in fine arts (sound installations / performance) at the Hochschule für Bildende Künste Hamburg and studied fine arts / music / singing at the University of California, San Diego. She develops her performances in the fields of composition, improvisation, performance art and sound art. With her voice she creates sound spaces in which the voice goes far beyond the usual sound and produces instrumental, electronic or nature-like noises. She also expands her singing with birdcalls and mouthpipes, field recordings, resonance and loudspeaker objects, as well as with light. As an improviser she regularly performs with musicians from the international scene, as well as in fixed groups. As a voice soloist in the field of New Music and experimental music Ute Wassermann performs at festivals and stages in Europe, Australia, Asia, Mexico, Brazil, USA and in museums, art halls, clubs.