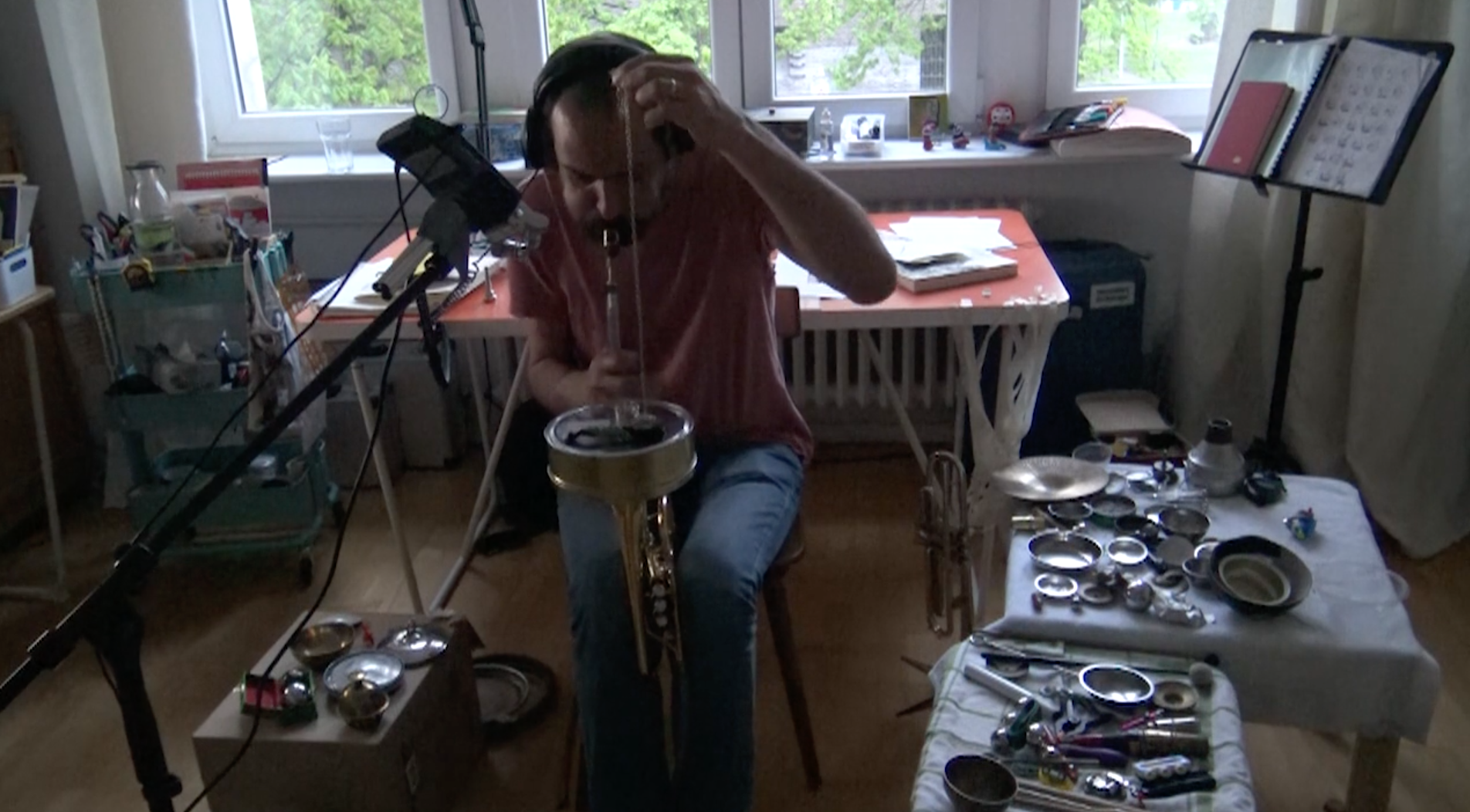 Due to Coronavirus ifa Gallery Berlin had to cancel a series of concerts where Mazen Kerbaj would invite close collaborators from Berlin, and ask them to bring along a guest to play a trio together. Now Kerbaj has found a way to replace these gigs by recording solo pieces while listening to the other musicians solos through headphones, both an homage and a an open letter to close collaborators who he cannot meet for the time being: This time he recorded a solo while listening to Tony Buck’s Tidal, an unreleased piece that the musician shared with him for this project.

Tony Buck is regarded as one of Australia’s most creative and adventurous exports, with vast experience across the globe. As a drummer, percussionist, improviser, guitarist, video maker and producer, he has been involved in a highly diverse array of projects but is probably best known around the world as a member of the trio “The Necks”. Some of the more high profile projects he has been involved with include the band Kletka Red, and touring and recording with, among others, The EX, The Exiles, and Corchestra, and involvement with most of the international improvisation and new music community and festivals. He also creates video works for use with live music performance and has had pieces shown in Tokyo, Belfast, Berlin, New York and Sydney.