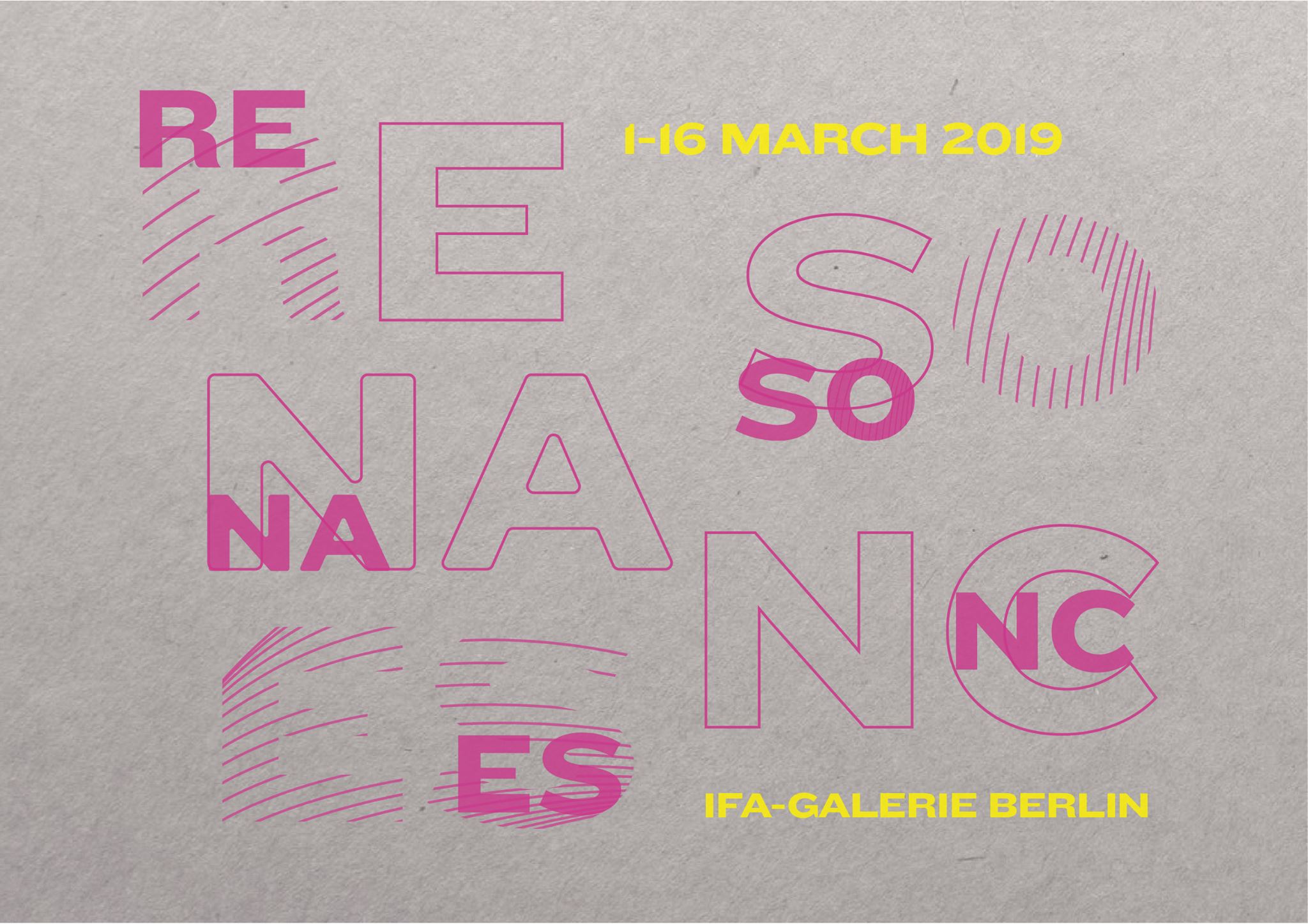 Resonances (rez.ən.ənsez) is a space for research and encounter at ifa-Galerie Berlin. Reflecting each chapter and exhibition of Movement.Bewegung, the platform brings together voices, thoughts and actions of allies and collaborators who have inspired and contributed to the Untie to Tie programme.

In March 2019, Resonances is occupying the gallery space for two weeks in the form of an open research installation, accompanied by a public programme. Collaborators will discuss, activate and share their different approaches, strategies and practices. We invite each and everyone to reflect upon their own knowledge(s), to listen and to engage with the space and the wide variety of materials.

Resonances evolves in conversation with the practitioners and participants, providing an insight into a multiplicity of narratives and articulations of knowledge(s) that have been gathered, produced and generously shared among one another. It engages with artistic/curatorial strategies of dissent and serves as well as a reflection on the processes behind visible forms of exhibition making.

The idea is not to represent and manifest a unified voice but to activate a mode of exchange, and to open a space for discussion, dissonant discourses and practices of un_learning.

Assuming that shifting the base of our knowledge(s) leads to shifting our way of being in the world, Resonances gives rise to multiple questions, that are not new but still far from being answered: What conditions are needed to shift the status quo of the imperialist and capitalist structures that support white supremacy and patriarchy and what common practice(s) do we need? Which new modes of operating, occupying and epistemic disobedience can be activated within (and outside) the colonial power matrix? How can we aim for more horizontality being situated within mostly vertical structures of power?

The basic premises are:

Audre Lorde: “Without community, there is no liberation…but community must not mean a shedding of our differences, nor the pathetic pretence that these differences do not exist.”

1 March, 7 pm
Opening and presentation
ARK – Arkestrated Rhythmachine Komplexities by Johannes Ismaiel-Wendt
ARK (Arkestrated Rhythmachine Complexities) is a collective for post-representative sound formats, consisting of Johannes Ismaiel-Wendt, Malte Pelleter, Sebastian Kunas and others. ARK works on topics such as sound, beats and instruments, questioning cultural attributions and intertwining. It is about the drum pattern as a vehicle, rhythmic itineraries criss-crossing the Yellow Pacific and Black Atlantic, the invention of the Bossa Nova and the impossibility of a single-track story narrative.
ARK consists of more than 10 rhythm machines, 3 samplers, headphones and multi-channel audio and was produced by Sebastian Kunas (Production Audio Tracks) and Sarah-Indriyati Hardjowirogo (Spokeswoman).
From 1–16 March, a “mechanical” drum choir will perform at ifa-Galerie Berlin. Johannes Ismael-Wendt will give an introduction.

8 March, 7 pm
Elsa M`bala: Sequence
Sound performance and artist talk
Visuals by Zoey Vero
Sequence is a project initiated by Elsa M’bala for the ifa-Galerie Berlin. Together with visual jokey Zoey Vero the two artists are planning an ode to female livelihood on this international day of the woman. From the beginning of creation until today, ranging from motherhood to divine female energy present in each one of us, M’bala will sonically explore the possibilities for freedom in this ancestral knowledge. Throughout generations and cultures women have been the leading powers towards change and social justice. During the evening, the words and voices of different female social leaders will be looped and transformed into musical pieces, accompanied by powerful visuals. The evening will begin and close with M’bala’s previous radio works.
The healing powers of female*hood is to be celebrated.

15 March, 7 pm
Antiracist Curatorial Practice
Book presentation and talk by Natalie Bayer and Nuray Demir
The anthology reflects upon museums and exhibitions from the perspective of postcolonial museology and critical migration and regime research. Beyond critical analysis, this collection of texts is about collecting strategies and forms of action that make it possible to think of curating as anti-racist practice. Using as springboards the intersections between social battlefields and curatorial practices, as well as a focus on agency, this book examines the relationality of struggles for and against representation. Therefore, the focus is on discursive strategies of resistance, contact zones and approaches to re-appropriation. The publication contains contributions from theory, art and activism to new perspectives of the art and culture industry, which refer to transnational approaches, counter narratives and alternative forms of action.

***A very special thanks to the dearly missed and honoured Alanna Lockward, to the unique contribution she brought into the space with the BEBOP festival, as well as her guests and publications and for her never-ending energy, generosity and kindness. *** 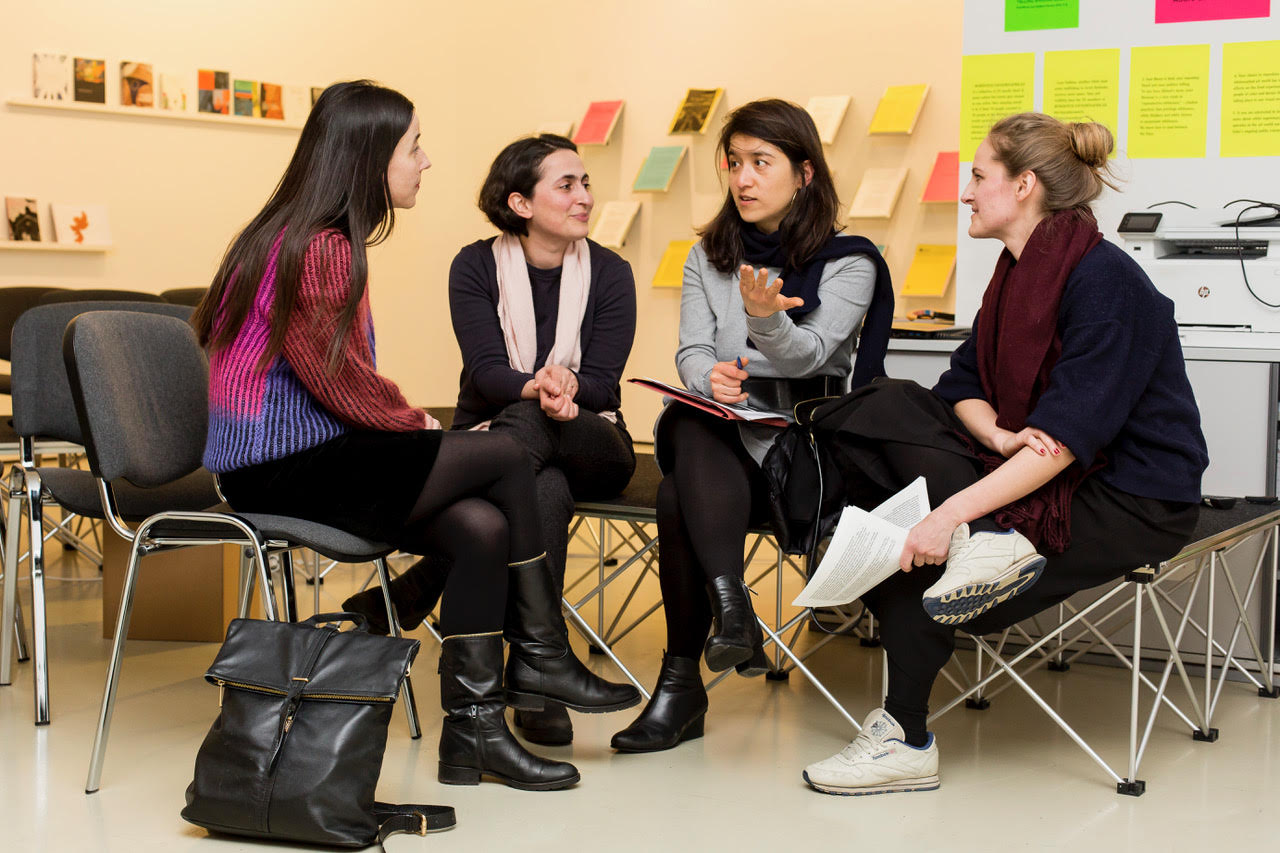