Closing event of the exhibition For the Record 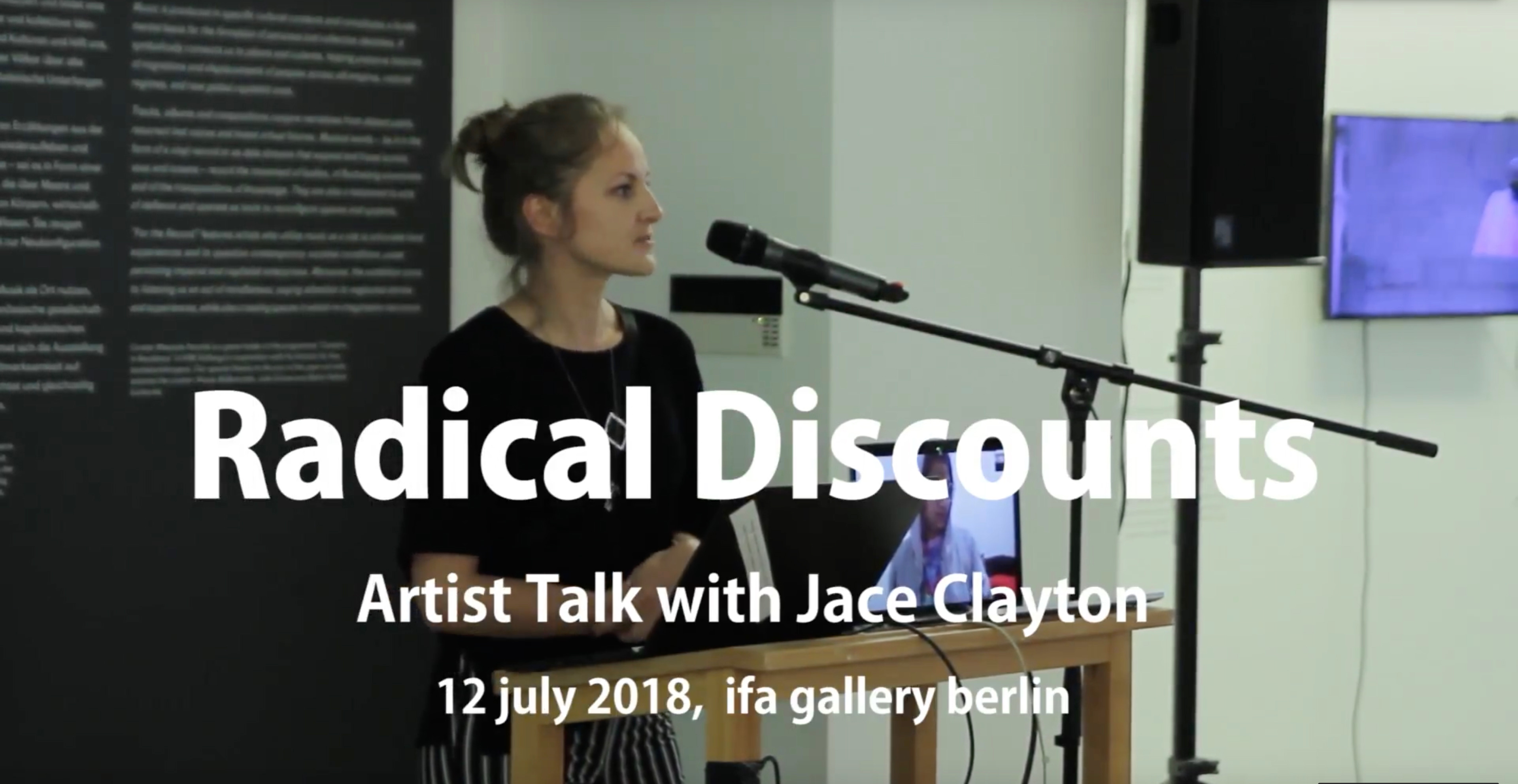 What if the radical potential (if any) of music exists not in its performance and consumption, but in how it is or isn’t archived? Jace Clayton (New York), artist and writer, also known as DJ/rupture, will explore this notion using examples that range from Julius Eastman and Lee Lozano’s conceptual hostilities to black radicality under the banner of brand sponsorships.

What if the radical potential (if any) of music exists not in its performance and consumption, but in how it is or isn’t archived? Jace Clayton (New York), artist and writer, also known as DJ/rupture, will explore this notion using examples that range from Julius Eastman and Lee Lozano’s conceptual hostilities to black radicality under the banner of brand sponsorships.

Opening of Movement.Bewegung, the new exhibition and research programme of the ifa Gallery Berlin and its first exhibition For the Record.

A US-Mexico-Germany cumbia mix of undocumented sounds that explore movement and migration across borders.

A workshop by and with Walter Mignolo for BE.BOP 2018. BLACK EUROPE BODY POLITICS. COALITIONS FACING WHITE INNOCENCE in collaboration with ifa-Galerie Berlin.

Stitches of Power / Stitches of Sorrow
Performance with Patricia Kaersenhout

Session V: From “Zwarte Piet is Racisme” to “I am Queen Mary”: Staging Europe’s ‘Innocence’ in the Public Sphere

Geraldine Juárez’ work focuses on media technologies and their role in the construction of dominant epistemic and economic narratives. In the vinyl record Wealth Transfer she uses the pattern of stock market fluctuations as a musical waveform to highlight high frequency trading and the abstraction of global trade.

Vivian Caccuri uses installation and performance to analyse the impact of sound on social and cultural formations; in Talking Machine she charts the emergence and trajectory of Brazil’s vinyl industry.

Julio César Morales’ work investigates migration and underground economies, particularly responding to US/Mexico relations through music, video and installation, while Christine Sun Kim attends to the material relationship between sound and the everyday that share inherent ties to social experiences.